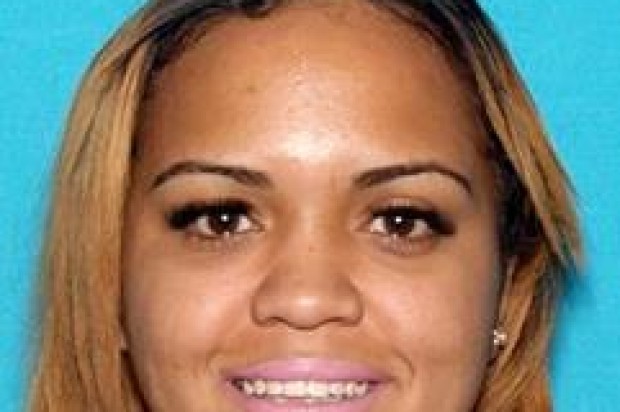 A woman who allegedly evaded arrest Wednesday after crashing a stolen car on the Bay Bridge by jumping into the water has been identified as Erlynn Kay Sanchez-Edwards, the California Highway Patrol said today.

Sanchez-Edwards, a 25-year-old woman whose last known address was in Richmond, is believed to have been the driver in a solo vehicle crash on the eastern span of the Bay Bridge early Wednesday, according to the CHP.

The crash was spotted by CHP officers driving west on the Bay Bridge’s eastern span at about 2 a.m., CHP Officer Vu Williams said. They saw a 2014 Nissan Maxima spinning out in the eastbound lanes and turned around at Treasure Island to investigate.

Once they got there, the officers found the vehicle abandoned and saw three women standing on the bridge. The women had apparently gotten out of the car and climbed over the railing to the bridge’s bicycle and pedestrian walkway.

As the CHP officers approached, one of the women, who has since been identified as Sanchez-Edwards, climbed over the second rail on the edge of the bridge and then either jumped or fell into the water, Williams said.

Officers saw her floating until she went under the bridge and they lost sight of her. They used a dye pack to determine the direction of the current and started searching the water for her.

While officers recovered her identification card, they otherwise found no sign of her. Some witnesses reported seeing her get out of the water and being picked up at the toll plaza by a dump truck, Williams said.

Investigators later determined the Nissan had been reported stolen out of Los Angeles. The women she was with did not know her well and were questioned and released, Williams said.

Later in the day, a dump truck driver told the CHP he had picked up the soaking-wet woman. His description of the woman matched the CHP officers’.

He drove her to San Francisco, where she was last seen in the area of Fremont and Folsom streets, the CHP said today.

She is wanted for questioning for vehicle theft, hit and run and resisting arrest, the CHP said.