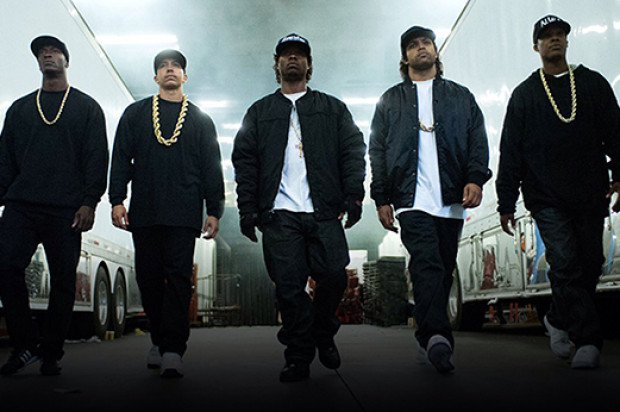 Straight Outta Compton
At this point, Straight Outta Compton won’t be know as the biopic of the rise and fall of the world’s most dangerous rap group. It’ll be known for the bevy of goddamn Straight Outta XYZ memes that’s been making the rounds on the internet the last few days. Just a deluge of Straight Outta whatever go nowhere suburb some random jabroni is from, throwing up fake gang signs from a Starbucks at the strip mall.

The Man From U.N.C.L.E.
It doesn’t really matter that a large amount of the people this PG-13 Guy Ritchie spy romp won’t remember the original — the NBC show that ran from 1964 to 1968 starring Robert Vaughn and David McCallum.

Millennials in the crowd lemme hear you say who?

Henry Cavill and Armie Hammer are American and Soviet agents forced to team-up to stop a mad man from unleashing his nuclear weapons on the world, as you do in the swinging 60’s.

People, Places, Things
Jemaine Clement, one half of Flight of the Conchords, stars in this comedy about a newly divorced graphic novelist (Clement) going through life with his twin daughters.

Fort Tilden
What if Dude Where’s My Car went to Tisch School of the Arts and had Reggie Watts starring as himself?

You’d have Fort Tilden. The acid tongue take-down of millennials culture has two entitled girls day trip it from a Brooklyn enclave to Fort Tilden in Queens to meet up with some guys from a rooftop party, and their day turns into the theater of the cruel.