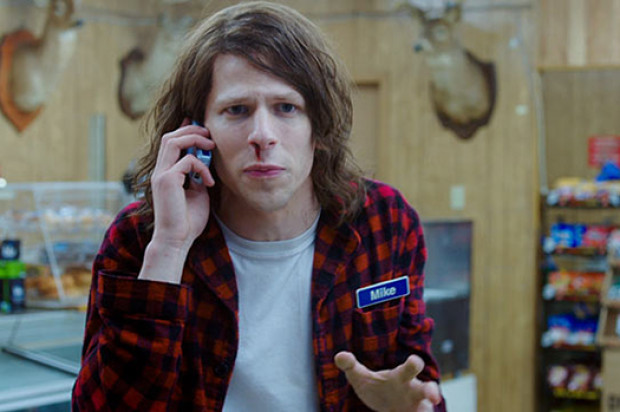 American Ultra
Under all the trapping of the Bourne series of secret sleeper agents and government intrigue was really the story of a small town stoner; at least that’s where American Ultra’s head is going. Mike Howell (Jesse Eisenberg) is a secret government agent suffering from amnesia and a major case of the munchies when a rogue CIA director (Topher Grace) attempts to eliminate him. Explosions and stoner pratfalls ensue. American Ultra reunites Jesse Eisenberg and Kristen Stewart, who were in Adventureland together in 2009.

Hitman: Agent 47
This is the unfortunate second adaptation of the long-running video game franchise about a genetically engineered, bald hitman code-named Agent 47, killing various mafioso types and assorted creeps. You may remember the first adaptation made in 2007 starring Timothy Olyphant. Zachary Quinto is in this and all the action just seems so awfully over-the-top European.

Sinister 2
Sinister 2 is part of the recent crop of horror movies that just glob together palettes of grays, browns, and jump scares that coalesce into a random story about a murder house and demons who corrupt kids or something.