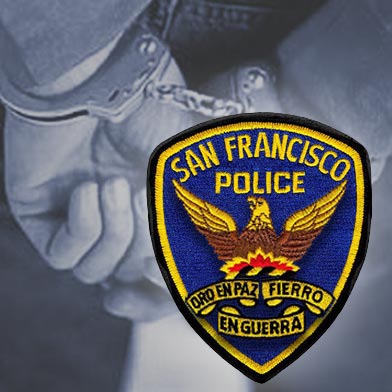 A television news reporter who witnessed an armed robbery of news crews while she was covering a homicide at Pier 14 in San Francisco last month provided testimony before a San Francisco Superior Court judge today.

Cara Liu, a television news reporter for KTVU-Fox 2, testified this morning before Judge Harry Dorfman in the case of 23-year-old San Francisco resident Michael Anthony Jones, who was arrested in connection with the July 2 robbery and assault
and has pleaded not guilty.

Liu gave her testimony today in case she is not available to testify if the case proceeds to trial.

The robbery occurred around 6 a.m. on July 2 as Liu and three other Bay Area television news crews were covering the homicide of Kathryn Steinle that had happened at the pier the previous day.

Each news crew had their own news van and had parked them in a row on the sidewalk, Liu said.

She was standing in front of a news camera preparing to give a live report when she heard screaming and saw a commotion off to the side.

Liu said she was standing about a van’s distance from the commotion and tried to communicate to the live anchor that there was a commotion.

She said she ducked for cover behind the van and saw a man standing next to a black BMW sedan in the street. The man had what she believed to be a handgun extended and was pointing it in the direction of one of the news crews.

She said she only managed a glimpse of part of the man’s face and didn’t see any other accomplices.

According to Liu, she then got into another news van for cover and when she got out, her company’s equipment was gone and she saw a tripod sticking out of the BMW and the BMW leaving the area.

Liu then went to check on the crews involved in the commotion and saw one of the members of the news crew bleeding from his ear and a saw the magazine of a gun on the ground.

Liu said the incident “happened very fast” and was “quite traumatic.”

Jones was arrested on July 27 and was charged with two counts of robbery, as well as assault, evading, resisting arrest by threat or force, grand theft, and misdemeanor driving with a suspended license, according to San Francisco Assistant District Attorney Alex Bastian.

Police said they believe there were two armed suspects and a third suspect who acted as a getaway driver. The suspects stole camera equipment from NBC Bay Area and KTVU Fox-2, making off with camera equipment valued at over $100,000, San Francisco police spokeswoman Officer Grace Gatpandan said.

Investigators were able to locate the BMW used in the robbery and on July 27, San Francisco police investigators, with the assistance of the Oakland and Fremont police departments, identified Jones as a suspect and located him with the BMW at a Motel 6 in Fremont, police said.

Following a brief foot pursuit, Jones was arrested as he was leaving a room at the motel, police said.

Jones, who is believed by police to have an affiliation with a San Francisco street gang, was also on felony probation in San Francisco for a prior firearm offense, police said.

The investigation into the robbery is ongoing and police are still looking for additional suspects.