Outside Lands 2015 Music and Comedy Must-Sees

The seventh annual Outside Lands is unleashing its hedonistic self upon Golden Gate Park this weekend. If you don’t feel old or at least somewhat curmudgeonly about an even that’s turned the Richmond and Sunset into a parking-less hellscape and thrown more bottles in Hellman Hollow than the back in the day homeless encampments then maybe you’re timeless like D’Angelo.

Speaking of, he’s coming to OSL this year (hopefully) and so are a whole host of awesome musicians and comedians. As per usual, SFAppeal will be out on the frontlines of the festival, live-tweeting @SFAppealOL and serving up hot and fresh recaps with photos, along with a few extras. Headed to the festival yourself? We’ve got you covered with our picks of music must-sees c/o April Siese and comedy must-sees c/o Paolo Sambrano. 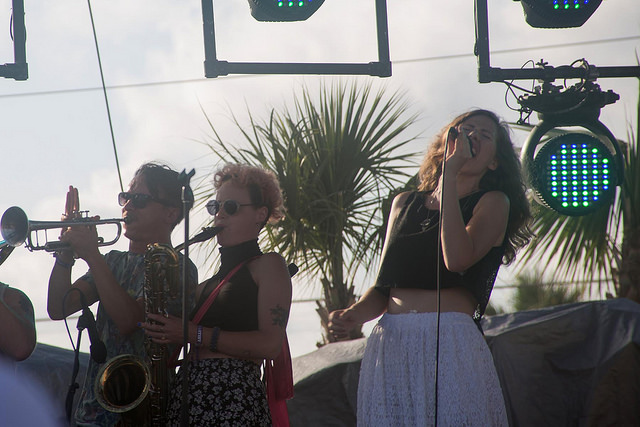 Friday:
Music:
Lake Street Dive, Lands End 1:50pm to 2:45pm: Jazz folk favorites Lake Street Dive have the bravado to pull out all the stops no matter their designated time slot. Wake up a bit early and get to OSL by 1:50pm to take in a solid mix of vocal acrobatics courtesy of frontwoman Rachael Price and the type of genre-defying sound that will compel you at once to swing dance, jump in place, and race through from Lands End to Sutro telling the world they simply must see Lake Street Dive live.

Chet Faker, Sutro 6:25pm to 7:15pm: An SFAppeal favorite from way back during Treasure Island, Chet Faker returns to the Bay Area with signature beats and a few new tunes, including the wholly infectious “1998” reboot featuring guest vocals from Banks. The track originally appeared on his debut LP but feels wholly original in its re-released form. It’s a clear marker of where Faker’s headed — deep within the low, thumping tones of faux horn samples and with just enough handclap percussion to keep you moving.

D’Angelo and the Vanguard, Sutro 7:45pm to 9pm: HAVE YOU HEARD BLACK MESSIAH? ARE YOU ALSO LISTENING TO IT RIGHT NOW? D’Angelo, give me strength. For the love of yourself, please come to Outside Lands and melt the Sutro stage with sexy, sexy crooning.

Comedy:
Tig Notaro, Andy Kindler, James Adomian The Barbary, 4:45pm, 6:30pm:
Oh, you haven’t seen Tig on Netflix starring in Tig Notaro? You should get on that. Outside Lands is lucky to have her along with Andy Kindler (you probably heard him as Mort on Bob’s Burgers) and James Adomian. 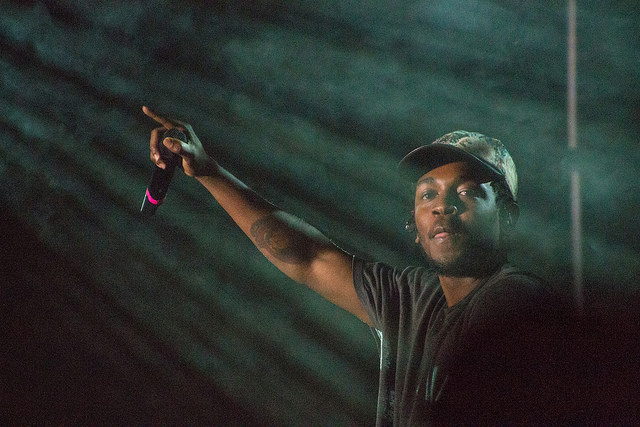 Fantastic Negrito, Panhandle 2:55pm to 3:35pm: The Tiny Desk Concert winner not hails from Oakland and has the soulful pipes to unite the Bay Area. Fantastic Negrito mixes throwback delta blues with sultry R&B like a cool mojito on a summer’s day.

Kendrick Lamar, Twin Peaks 8:40pm to 9:55pm: Kendirck Lamar just keeps getting better and better live. The feisty MC unleashed the critically acclaimed To Pimp A Butterfly LP to the masses in March and has been continuing his ascent since, hitting Sasquatch, Osheaga, and our very own Outside Lands. It’s about damn time.

Members of the Daily Show News Team: Al Madrigal, Hasan Minhaj, Jordan Klepper The Barbary, 4:45pm, 6:30pm
As mentioned in yesterday’s Appealing TV, this year’s Outside Lands coincides with Jon Stewart stepping down as host of The Daily Show. Such convergence is very fortuitous as now we get Bay Area natives Al Madrigal and Hasan Minjaj along with Jordan Klepper to perform. 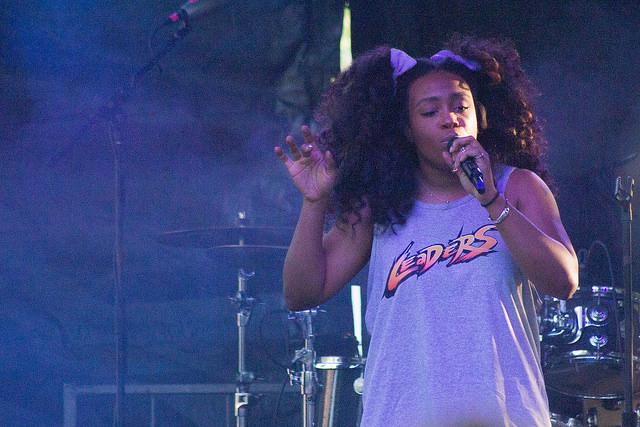 SZA, Twin Peaks 12:40pm to 1:20pm: Soul songstress SZA is the perfect act to ease into the final day of Outside Lands. Her voice straddles the anachronistic boundaries of throwback balladry with hiphop sensibilities in the type of show-stopping way that will easily have her on Lands End stage come next year.

Elton John, Lands End 7:35pm to 9:35pm: You haven’t lived until you’ve actually heard “Benny and the Jets” live. Close your Outside Lands 2015 out right.

Comedy:
The Groundings: The Black Version with Jordan Black, Daniele Gaither, Phil LaMarr, Karen Maruama, Gary Anthony Williams, and Nyima Funk The Barbary, 12:15pm
An all black cast of comedians and improvisers taking a movie suggestion from the audience and improv-ing the (drum roll please) black version of it? Sign me the fuck up!