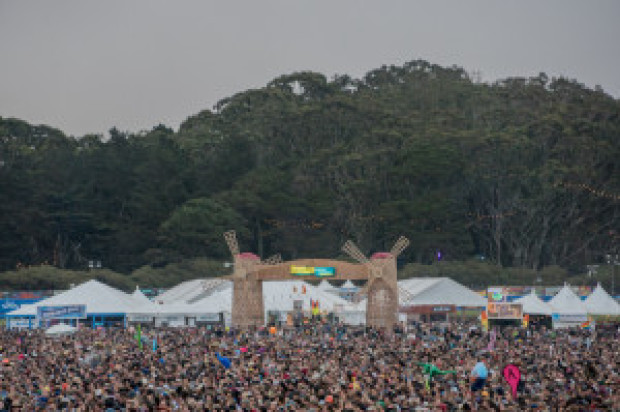 San Francisco police misidentified a man who allegedly stormed the Outside Lands Music & Arts Festival gates and knocked a police officer unconscious Sunday because he was carrying the wrong ID, a police spokeswoman confirmed today.

Orr was apparently carrying another man’s ID and when he was booked into jail, he had no fingerprint records from previous arrests or background checks. It took several interviews to discover his true identity, Gatpandan said.

He was booked on suspicion of false impersonation for giving police the wrong identity, in addition to the counts of battery of a police officer, resisting arrest and trespassing at a paid event he was already facing, Gatpandan said.

Orr apparently posted two photos over the weekend from Outside Lands on Instagram, including one captioned “Snuck in & crushed it.”

Orr is accused of rushing the south entry gate of the festival at about 4:30 p.m. Sunday. He allegedly ran past the security staff and dodged a police officer who reached out to grab him, knocking the officer to the ground and knocking him unconscious when he hit his head on a piece of metal and cement.

The officer awoke to find a piece of Orr’s shirt still in his hand, police said.

Orr kept running through a tunnel to the polo fields and was tackled by event security and arrested, police said. The injured officer was taken to a hospital and later released.