Appealing TV: Show Me a Hero, Rectify, and Startup U

Complications Food To Get You Laid Hard Knocks: Training Camp With The Houston Texans Kevin From Work Murder Made Me Famous Rectify Show Me A Hero Startup U Thrill Factor by Paolo Sambrano | August 11, 2015 10:15 am | in Culture | 0 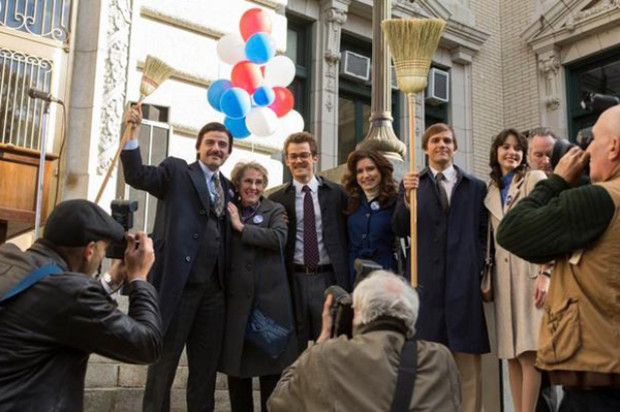 We still miss you, Robin Williams.

Tuesday, August 11
Hard Knocks: Training Camp With The Houston Texans (10pm, HBO, season premiere)
Come see how football is made before the NFL kicks off this year’s season. It’s BYOEITS though (Bring Your Own Explosions in the Sky).

Wednesday, August 12
Kevin From Work (8pm, ABC Family, series premiere)
Remember McG? He’s back in cable sitcom form, directing the pilot to this workplace rom-com with absurd elements. The show is created by Barbie Adler who worked on How I Met Your Mother, Arrested Development, and My Name Is Earl, so you can see tonally what Kevin From Work is going for. Starring Noah Reid, Paige Spara, and Amy Sedaris.

Rectify (10pm, Sundance TV, season finale)
Words like contemplative and meditative are used to describe Rectify, about an accused death row inmate who’s released back to his hometown of Paulie, GA. It’s easy to see why Rectify is currently peak “best show you’re not watching.” But seriously, it’s really great, and thank the TV gods it is coming back for a fourth season.

Saturday, August 15
Murder Made Me Famous (9pm, Reelz, series premiere)
Reelz combines murder and fame into a Reese’s Peanut Butter Cup of the lurid and can’t get enough, examining those who penetrated the public consciousness by snuffing out the life of others.

Sunday, August 16
Show Me A Hero (8pm, HBO, miniseries premiere)
David Simon and Paul Haggis collaborate on this HBO six-part miniseries, officially giving white people something to small talk about at parties, ruining TV talk for the next few months. Oscar Issac stars as Yonkers, NY mayor Nick Wasicsko whose federal mandate to build affordable housing in his middle class white area in the 80’s tears everything apart. Based on the book of the same name by Lisa Belkin.