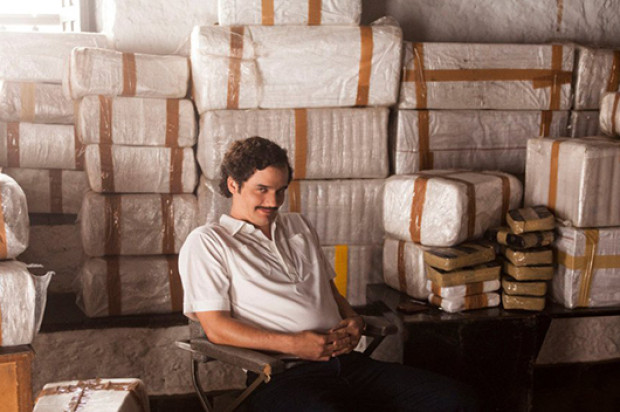 Public Morals (10pm, TNT, series premiere)
Public Morals is a 1960’s procedural focusing on NYPD vice squads trying to keep the city on the straight and moral, while taking a little cut of their own.

Mr. Robot
Mr. Robot is the encapsulation of USA’s evolution from blue-sky, light hearted fare to fold your laundry to, to gripping prestige-baiting that belongs on HBO. Rami Malek’s portrayal of socially anxious, depressed, vigilante hacker Elliot Alderson combined with the techno-paranoia pervasive in the show has been hypnotic from the start, while also taking a fat dump all over toxic masculinity.

Friday, August 28
Narcos (12:01am, Netflix, complete first season)
Narcos chronicles the Medellín cartel kingpin Pablo Escobar’s reign and eventual fall, intertwined with the joint US/Columbia efforts to take him down over the years.

Saturday, August 29
Hannibal (10pm, NBC, season finale)
I’m refusing to call this the series finale of the brilliant, critically acclaimed (but ratings bomb) re-adaptation of Hannibal Lecter. You never know with uncle internet nowadays. The show was haunting and beautiful — a three year art film about death. Hannibal ends its third season by wrapping up its Red Dragon arc (adapted previously with 1986’s Manhunter and in 2002).

Sunday, August 30
MTV Video Music Awards (9pm, MTV)
This year’s awards for the medium is hosted by Miley Cyrus for maximum buzz-worthy post-show .gifs and think pieces to be thought.

Falling Skies (10pm, TNT, series finale)
Falling Skies came down from the genre TV heavens with a stamp of “Executive Produced by Steven Spielberg” approval/prestige. Throughout its run, the show never really found its footing despite a game cast (helmed by 90’s ER doctor Noah Wyle) and intriguing concept (resistance fighters against aliens in a post-invasion Earth). And with former Battlestar Glactica co-showrunner David Eick taking over the reins last season, it still wasn’t appointment television for me.