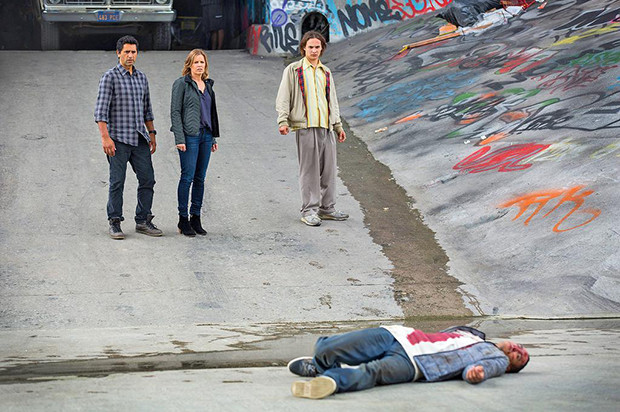 Monday, August 17
Rachel Ray’s Kids Cook-Off (8pm, Food Network, series premiere)
Only by pitting our future (according to Whitney Houston) against each other in televised culinary competition can our society weed out the weak. It’s the only way to prepare our children for the Thunderdome.

Tuesday, August 18
The Hotwives of Las Vegas (Hulu, season premiere)
Hulu’s spot-on spoof of the Real Housewives of XYZ genre returns for a second season, moving the action from Orlando to Las Vegas, making for a head-on collision of delicious absurdness and overwhelming amounts of wine drinking.

Outlaw Chronicles: Hells Angels (10pm, History Channel, series premiere)
Former Hell’s Angel George Christie Jr. will spill the secrets of the motorcycle club from the initiations to the murder-for-hire plots. This is the Sons of Anarchy-shaped back patch version of those specials about revealing the secrets of magicians.

Wednesday, August 19
Steampunk’d (10pm, GSN, series premiere)
Well, what do you get when you take Project Runway, and replace high fashion with eye-rolling subculture involving renaissance fair washouts with hard-ons for gears and monocles? You get Steampunk’d on the network that’s mostly known for reruns of Steve Harvey’s Family Feud.

Saturday, August 22
The Unauthorized Full House Story (8pm, Lifetime)
The programming direction that Lifetime has been taking is akin to what happens when your mom discovers Buzzfeed, and god bless them it sure is working for them.

Blunt Talk (9pm, Starz, series premiere)
Patrick Stewart is Walter Blunt, English newscaster trying to report the headlines while butted up against his own debauched and raunchy behavior.