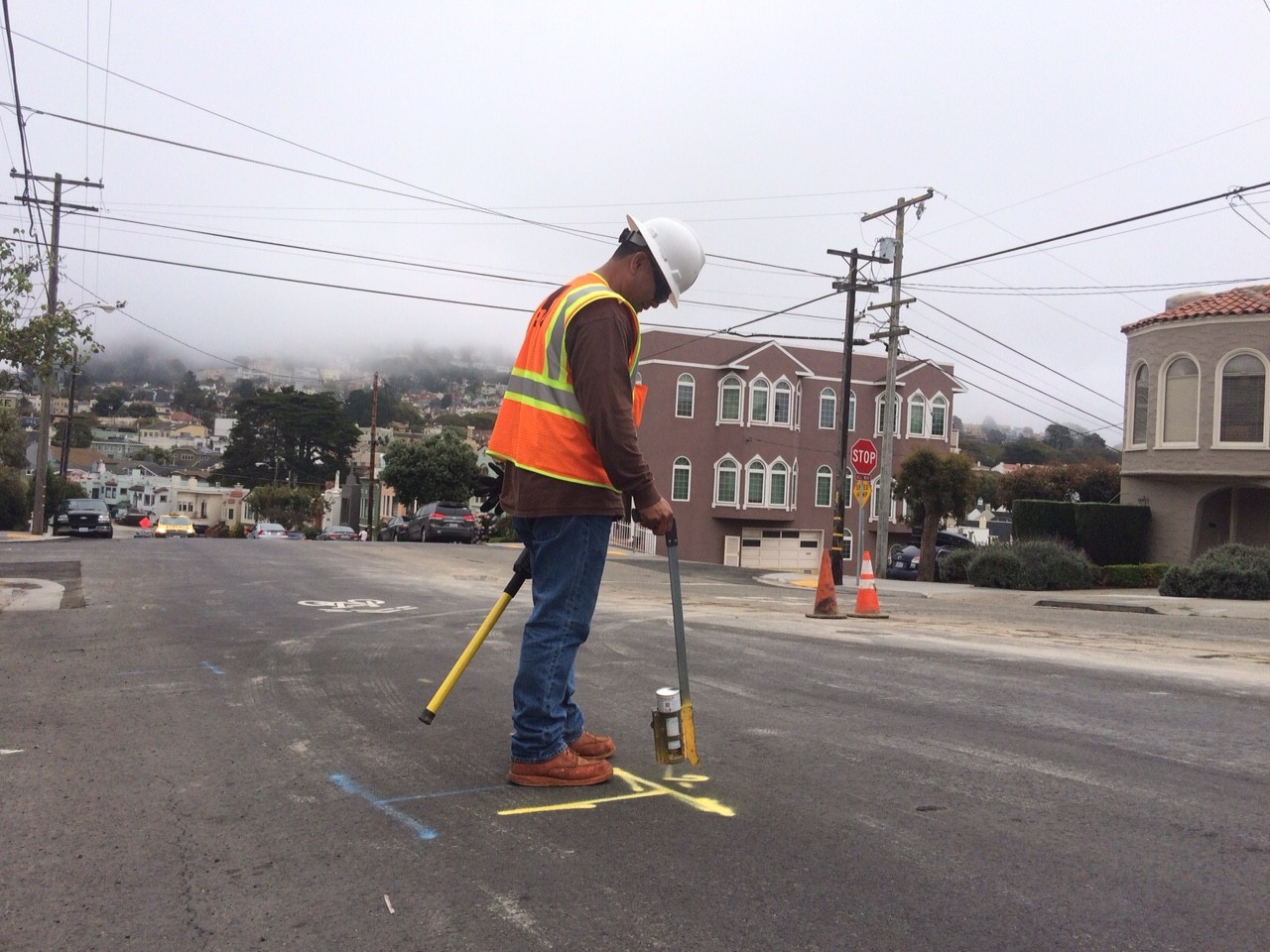 Not only can striking a gas line cause outages, serious damage and injuries, but those who do could incur fines or be required to cover the cost of repairs, and licensed contractors could lose their licenses, a PG&E spokesman said today in recognition of National Safe Digging Day.

In San Francisco there were 92 incidents in 2014 in which someone struck a utility line because they failed to call 811 and have a utility worker mark the gas lines, PG&E spokesman Nick Smith said.

In the first six months of 2015 there have already been 34 such incidents.

Every six minutes someone who did not call before digging strikes a utility line in the United States, Smith said, as he stood on Vicente Street near 16th Avenue in San Francisco’s West Portal neighborhood while a PG&E worker marked the gas lines beneath the street for a crew working on the road.

August 11, or 8/11, is National Safe Digging Day. Year-round anyone in the country can get utility companies to come out and mark sites by calling 811.

He said it is important to have the right tools for digging, explaining that sometimes even if the utility lines have been marked, they are struck because people use tools that are incorrect for the job at hand.

He said that digging by hand near a utility line would be more accurate than using a backhoe, excavator or other large equipment.

Smith said the public must make sure they don’t dig where utility lines exist.

Smith said third-party contractors and residents both need to remember to call 811 before they dig. A utility person will arrive at the dig site within 48 hours of the request, Smith said.

PG&E is urging anyone who plans on digging to call 811 first.