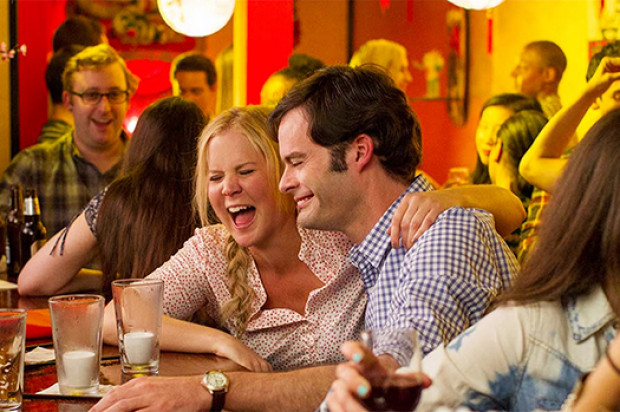 Trainwreck
Breakout sensation (and target of shade think pieces from people who haven’t even seen her work) Amy Schumer not only stars in but wrote this romantic comedy directed by Judd Apatow. Schumer is a commitment-phobic magazine writer who, after profiling and having a one night stand with a sports doctor, (Bill Hader) is forced to confront her fear of monogamy. Along the way, basketball players Lebron James and Amar’e Stoudemire show up, along with current WWE United States Champion John Cena. It’s going to be raunchy and hilarious and have a heart like any Apatow film does, but I’m glad Schumer is the one who’s getting a lot of the shine (some of us haven’t gotten over Funny People yet). Although John Cena’s penis seems to be getting the second most shine in the lead-up to Trainwreck’s release.

Ant-Man
A miniaturized Paul Rudd and Corey Stoll (sans hairpiece) fighting on a Thomas the Tank Engine playlist is still more believable than a Black Widow standalone movie in the Marvel Cinematic Universe. ANYWAY. This film was originally helmed by Edgar Wright before he dropped out of the project, (due to creative differences) and had directorial duties taken over by Peyton Reed (Yes Man). Paul Rudd stars as Scott Lang, a petty criminal who is tasked with defending the Ant Man miniaturization technology from the original Ant-Man, Hank Pym (Michael Douglas). The technology allows one to decrease size and increase strength. It also comes with the power of communicating with insects. The movie takes place in the Bay Area and shooting took place here last year. Also starring Evangeline Lilly and Michael Peña.

Mr. Holmes
Sir Ian McKellen is a getting too old for this shit as an elderly Sherlock Holmes on the trail of ONE LAST CASE. Directed by Bill Condon and based on the novel A Slight Trick Of The Mind by Mitch Cullin.