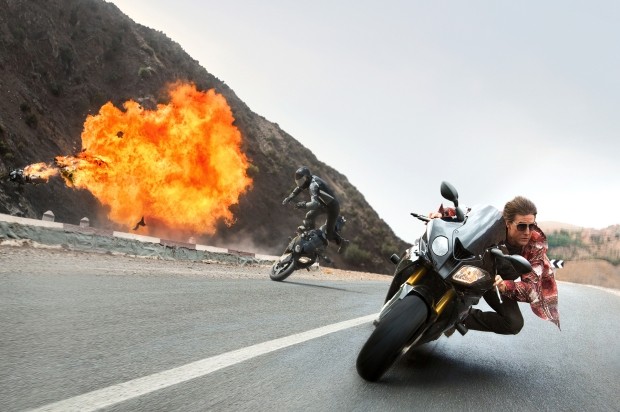 Mission Impossible: Rogue Nation
Tom Cruise grapples a plane and other assorted, boisterous stunts in the fifth film in the Mission: Impossible franchise. Jeremy Renner, Simon Pegg, and Ving Rhames (who’s been in every Mission Impossible film) co-star, along with Rebecca Ferguson and Alec Baldwin joining the cast for espionage fun times and saving the world from a mirror image group of secret agents who are trained in everything Tom Cruise can do, but they’re EVIL (for whatever reason).

Vacation
Can we please get Ed Helms something better than a self-aware reinterpretation/sequel? I loved Ed Helms in Cedar Rapids, or in Jeff Who Lives at Home. Can we slot him in a Chipotle-caliber Sundance indie darling real quick, maybe with Brie Larson? Christina Applegate also stars as haggled wife trope (who chugged CGI beer while shooting the movie, and regrets not passing on Legally Blonde). Anyway, in an attempt to relive his youth, Rusty (Ed Helms, the fifth actor to play the role) gets his family to go on a road trip to Walley-World, and things are different because technology, and the new vacation will stand on its own (at least that’s what the trailer tells me).