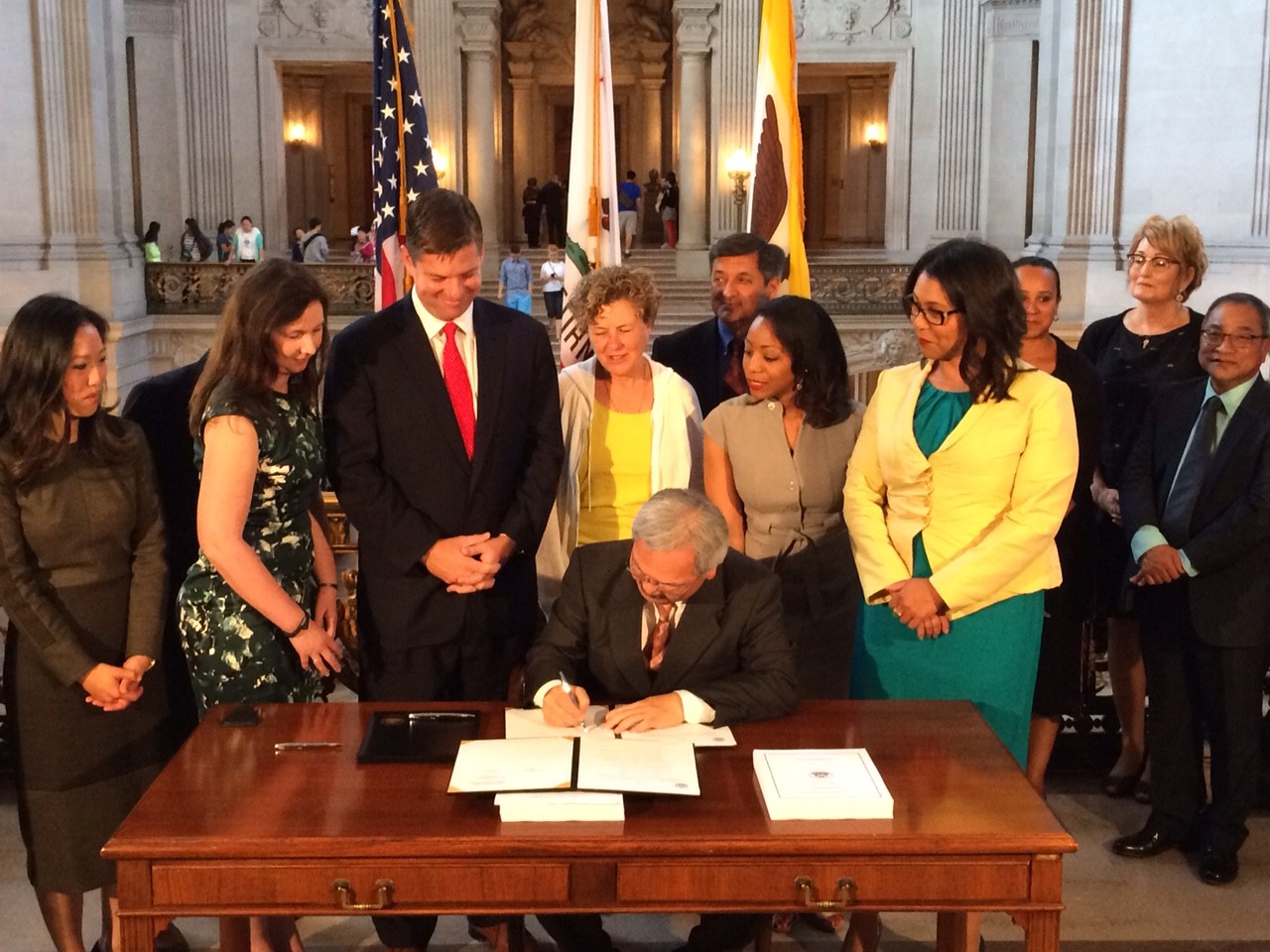 San Francisco Mayor Ed Lee and members of the Board of Supervisors gathered at City Hall today for the signing of a no-cut budget that will allow for expansion of many city departments during the city’s fiscal year 2015-2016 and 2016-2017.

The two-year budget, the mayor said, “is the first time we’ve been able to enjoy a no-cuts budget in the City and County of San Francisco.”

Lee said not only is the budget historic, but it’s indicative of “a historic time in our city,” spurred by job-creating innovation.

Among the most controversial areas of spending was on the Police Department, which over the next two years will be able to hire 400 new officers.

Lee said he hopes to make the city safer with the added police funding, but the decision has brought about protests in recent months from residents who say they would prefer the funds be spent on education, housing and social services.

The budget also will allow for the hiring of 198 firefighters, 55 paramedics, and 36 emergency dispatchers over the next two years.

London Breed, president of the Board of Supervisors, said today she is thrilled that no cuts were made to city programs and that services that regular San Franciscans rely on will remain intact.

Supervisor Mark Farrell, who chairs the board’s budget and finance committee, said that in addition to no program cuts, the budget was also able to help tackle affordability in the city.

“Affordability is the crisis of the day right now in San Francisco,” Farrell said.

He said the budget will fund affordable housing and social services, as well as city services such as public transportation and public schools.

Harvey Rose, who manages the city’s Budget Analyst’s Office and who has been overseeing the budget for 41 years, said that when he started, the budget was much smaller and that many years he saw huge cuts made to city departments.

Rose said that this year there was a lot of money coming in, which allowed the city to expand its services and set aside rainy day funds.

By June 2017, the city will have $297.4 million across its general reserve, budget stabilization reserve, and rainy day reserve, according to the mayor’s office.

The mayor said today that among the homelessness outreach efforts he is most excited about is the addition of 500 new units of supportive housing for people who are exiting homelessness through the city’s Navigation Center.

He said he is also looking forward to November, when San Francisco voters will have the opportunity to vote on a $310 million affordable housing bond measure.

He said, if approved by voters, it would be the largest housing bond in San Francisco history and would enable the city to further invest in public housing and affordable housing for low-income and middle-income families.

The bond includes an emphasis on the Mission District, where residents have recently experienced significant displacement.