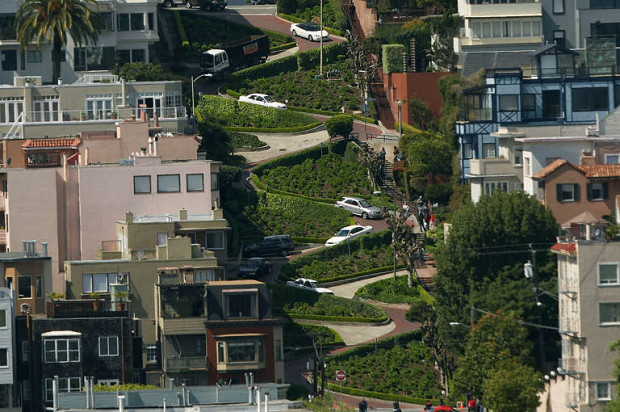 The proposed Lombard Street Safety and Transit Reliability Project would involve the removal of some parking spaces at 13 intersections between Richardson Avenue and Franklin Street to improve visibility for pedestrians and drivers, a practice known as “daylighting,” according to the San Francisco Municipal Transportation Agency.

The project would also add pedestrian “bulbs” — sidewalk extensions intended to shorten the distance across the street — at four intersections, as well as four transit bulbs allowing buses to board passengers without pulling into and out of traffic.

Bus stops at Divisadero and Pierce and Fillmore streets would be relocated and two other transit stops added at Laguna and Gough streets.

In addition, Lombard Street would be repaved and sidewalk beautification projects would be added.

Farrell is hosting a series of open house meetings in the coming months on the Lombard Street project, the first of which will take place at 6 p.m. today at the Episcopal Church of St. Mary the Virgin at 2325 Union St.

Other meetings are planned for the evening of Aug. 18 at Galileo High School and on Sept. 15 at a location to be determined.

The proposed Lombard Street improvements are part of Muni Forward, a larger effort by the SFMTA to improve transit reliability and pedestrian safety across the city.