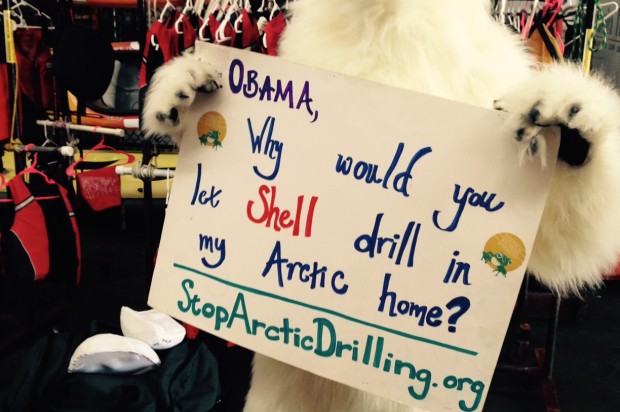 About 40 people kayaked in San Francisco Bay today to protest the potential for oil drilling this summer in the Arctic, according to the Center for Biological Diversity.

The protest started at about 1 p.m. at Pier 40 in San Francisco and also included 20 to 30 protesters on shore, the center’s spokesman Steve Jones said.

The protest was one of 17 simultaneous events occurring around the country.

“As we struggle to reduce carbon emissions and address climate change, it’s unthinkable that Shell could drill for oil in the Arctic,” the center’s attorney Kristen Monsell said in a statement. “The recent pipeline rupture near Santa Barbara showed how damaging coastal oil spills can be, but harsh conditions in the Arctic would make a cleanup impossible and do irreparable damage to the environment.”

Jones said groups and people opposed to the drilling are using the hashtag #ShellNo to draw attention to their dissent.

Jones said earlier this year kayakers in the Port of Seattle successfully halted a Shell rig on its way to the Arctic. That protest prompted today’s action, according to Jones.