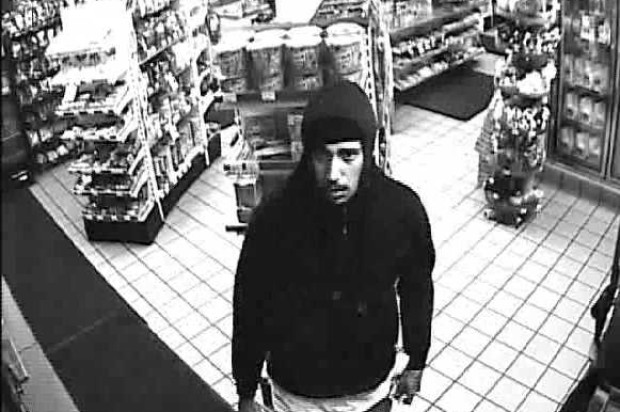 Police are asking for the public’s assistance in locating gunmen who fired at a store clerk but missed during an early morning robbery at a gas station in San Francisco’s South of Market neighborhood last month.

At about 2:40 a.m. on May 19, two suspects, described as men in their early 20s, walked into a Shell gas station located at the intersection of Harrison and Eighth streets, according to police.

The suspects had a short conversation with the clerk, looked around the store and then approached the clerk while brandishing a handgun, police said.

The suspects demanded money from the clerk. Fearing for his life, the clerk ran out of the gas station with the suspects chasing after him. One of the suspects fired four to five shots at the clerk, but missed him, police said.

The suspects then fled the gas station in what appeared to be a light-colored sedan that was waiting nearby. Police said a third suspect might have been in the car. The vehicle was last seen driving on Eighth Street toward the Interstate Highway 80 on-ramp.

Both suspects who entered the store were captured on video surveillance and police have released still images and videos of the suspects.

Both suspects are described as Hispanic men with black hair and brown eyes who wearing blue jeans.

Police said one suspect was about 22 to 25 years old, standing 6 feet tall and weighing about 150 pounds. He had a thin mustache and was wearing a gray beanie, a black hooded sweater, a white T-shirt and white shoes at the time of the attempted robbery.

The second suspect was described as 20 to 22 years old, standing 5 feet 5 inches tall and weighing about 120 pounds. He was wearing black shoes and a dark hooded sweatshirt with “Raiders” printed in white lettering.