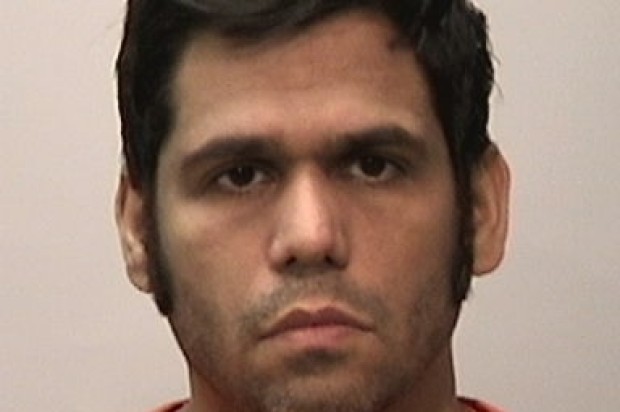 Pearce, a 41-year-old San Francisco resident who has worked on numerous high profile election campaigns, posted bail last month after being charged with felonies related to possession of child pornography.

The charges include possession of materials involving sexual sadism or sexual masochism as well as receiving stolen property, according to the San Francisco District Attorney’s Office.

Pearce was arrested on May 7 following a search warrant executed at his San Francisco residence that uncovered a cache of child pornography.

He has since entered a not guilty plea and remains out of custody on bail.

At Pearce’s prehearing conference today, his attorney Edwin Prather, told Judge Ethan Schulman, who replaced Judge Robert Foley on this case, that the photos found on his client’s cellphone that he took of young boys were for “advertising” purposes.

Assistant District Attorney Alexis Feigen Fasteau, however, said that the minors photographed, while fully clothed, were prepubescent, which she alleged is the client’s preferred age group based on the thousands of images seized by authorities in the search of his electronic devices.

Prior to the allegations of child pornography, Pearce worked on political campaigns for U.S. Rep. Barbara Lee and San Francisco Mayor Ed Lee, as well as San Francisco supervisors Jane Kim and Norman Yee, among others.

Prather declined to say whether Pearce was continuing to work while his case was pending.

The investigation also uncovered 115 images stored on Pearce’s cellphone, showing 11 clothed boys between 8 and 12 years old, who appeared not to know they were being photographed.

Those photos, allegedly taken by Pearce, include some that were taken on the steps of San Francisco City Hall, according to Feigen Fasteau.

Today, Prather did not deny that his client took the photos found on the cellphone. In fact, he described one of them as a young boy going down a slide.

He said the photographs were taken for “advertising” purposes.

Feigen Fasteau said Pearce’s photographing of young boys has nothing to do with his work as political consultant or lawyer and that it is a public safety concern. She urged the judge to issue a protective order to prevent the defendant from photographing or interacting with minors.

She said based on online messages allegedly written by Pearce he had expressed his desire to have sexual interactions with minors.

Prather disagreed with the request for a protective order against Pearce, saying that “the minute he walks out of this courtroom he is in violation” because there is nothing to stop a minor from approaching his client, which could be considered an interaction.

He said the protective order issued to Pearce was likely to “set him up” for violation.

Furthermore, Prather argues that the protective order could prevent Pearce from attending family functions where minors are present, such as a Fourth of July barbecue.

“He needs his family more than ever,” Prather said today.

Schulman said that he agreed that there is a need to protect public safety, but said that he would issue the protective order and consider any affidavits presented by the defense to allow Pearce to attend such functions.

Attorney Eileen Burke, who initially represented Pearce prior to Prather, said Pearce has resided in San Francisco for over 20 years and that his partner also lives in the city.

Prather, who said he has dealt with numerous high-profile defendants and has also dealt with child pornography cases, said he is “very familiar” with these types of cases and said that he looks forward to representing Pearce.

“There’s no secrets on the Internet,” Pearce said, explaining that he believes that the technology exists to catch the pornographers who created the child pornography that is now booked as evidence.

Feigen Fasteau has also said that there is a third laptop allegedly belonging to Pearce that remains outstanding.

She said last month that the contents and whereabouts of that laptop remain unknown and when investigators executed a search warrant at Pearce’s home they could not locate the third laptop, but had reason to believe it existed.

Law enforcement officials have not yet said whether the creators of the child pornography found in Pearce’s possession have been identified or apprehended.

Following the discovery phase, a hearing in this case is scheduled for Aug. 25 at the San Francisco Hall of Justice.