Appealing TV: Mr. Robot, Another Period, and are you Tough Enough? 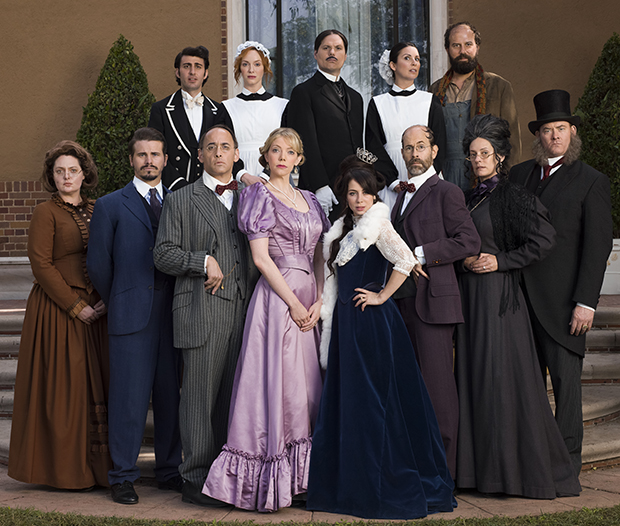 Monday, June 22
The Woodsman (9pm, History, series premiere)
Reality series about a bunch of Brawny Towel looking mascots living in the Pacific Northwest, making their living and livelihoods with their hands.

Tuesday, June 23
WWE Tough Enough (8pm, USA, season premiere)
Remember Tough Enough? I won’t hold it against you if you won’t. Just think American Idol, but swap singing for wrestling for WWE. The original iteration aired on MTV (and its first winner Maven is now a bouncer at a bar). A much more polished reboot aired on USA in 2011. It should be worth noting that Oakland’s own Ashley Urbanksi (aka ‬Missy Hyasshit) was one cut away from making it to the main cast, but had to be let go due to a heart condition. She comes from Oakland’s own accidental phenomenon Hoodslam. We love you, Missy Hyasshit, and can’t wait to see you at Hoodslam.

Another Period (10:30pm, Comedy Central, series premiere)
Comedy Central has been on a got damn roll the last couple of years, and the good times look like they continue to roll in this Downton Abbey send-up, created by and starring Natasha Leggero and Riki Lindhome. Follow the manners-heavy drama of the obscenely rich Bellacourts and their put upon servants’ (including Mad Men’s Christina Hendricks!) family in turn of the twentieth century Rhode Island.

Wednesday, June 24
Mr. Robot (10pm, USA, series premiere)
Another one in the ‘USA is growing up’ suite of shows. Rami Malek (HBO’s The Pacific, Twilight Breaking Dawn Part Two) stars as an anti-social computer security engineer who moonlights as a vigilante hacker with aspirations to bring down the huge megacorporations that secretly control our lives. Christian Slater is also in it. If it’s one thing our culture is good at it’s loving a good old fashioned “smash the state” narrative in our fiction and completely invalidating that maybe the fiction has a point in our everyday lives.

Thursday, June 25
Under the Dome (9pm, CBS, season premiere)
Strap in for a third season of dome puns (and Breaking Bad’s Dean Norris) in Stephen King’s novel adaptation of a town inside a dome. Hence, its inhabitants are under said, titular dome.

Saturday, June 27
Perfect High (8pm, Lifetime)
After last week’s A Deadly Adoption with Will Ferrell and Kristen Wiig starring in what could only be described as Sharknado for the premenopausal set, the perfect comedown is teen star Bella Throne as as high school dancer who’s descent into debauched drug addiction stems from an addiction to pain pills to treat a knee injury.

Sunday, June 28
Humans (9pm, AMC, series premiere)
If only this British show (an adaptation of the Swedish show Real Humans) was just an adaptation of the “are we human/or are we dancer?” hook from The Killers’ Human. Prepare for a near future where the hottest piece of tech to get are eerily lifelike (and humanlike!) androids.

Falling Skies (10pm, TNT, season premiere)
Heading into its fifth and final season, Falling Skies was a show I wanted to like way more than I actually did. Which is a shame, but so it goes. The alien invasion resistance show starring Noah Wyle had Battlestar Galactica’s David Eick take over showrunning duties last season, which only served to make a show it much more of a dour parade. Maybe it’ll stick the landing this time.