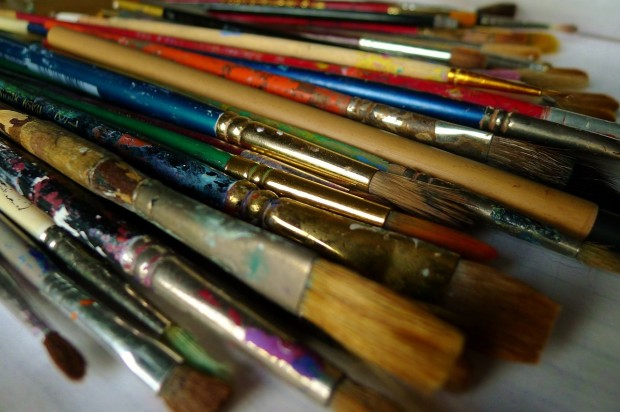 A freshly painted mural of butterflies that represents the plight of millions of Syrian refugees who have been forced to flee their homes since war began in their country in 2012 will be unveiled today in Veteran’s Alley in San Francisco’s Tenderloin neighborhood, courtesy of the San Francisco Veterans Mural Project.

The San Francisco Veterans Mural Project, started by U.S. veteran Amos Gregory in 2011 with his friend U.S. veteran Gabriel Lovato, was formerly a drab alley where drug use was prevalent, but has since become a cultural landmark in the neighborhood where veterans gather for the sake of art.

Gregory, a U.S. Navy veteran who was in the submarine force during the Persian Gulf War, said the San Francisco Veterans Mural Project gives veterans a chance to express themselves and make the city a more beautiful place.

Their most recent mural aims to raise awareness about the massive displacement of Syrians.

As of mid-April, the United Nations High Commissioner for Refugees documented more than 3.9 million Syrians as people of concern since the crisis began.

Gregory said that since the 2012 massacre in Homs, Syria, he has been appalled by the genocide that is happening there.

In January, the United Nations estimated that 220,000 Syrians had died during the war, but other groups say the toll is much higher.

Gregory said veterans have often seen a great deal of suffering around the world and understand first hand the trauma experienced in war.

“It’s key for us to raise awareness when this is happening in the world,” Gregory said.

He said that in 2013 the alley’s first mural for Syria was painted and that he soon after traveled to southern Turkey to paint murals with Syrian refugee children.

He said the San Francisco Veterans Mural Project is a success and has transformed a part of the Tenderloin without help from the city.

“Nobody thought we could do it,” Gregory said, adding that the project has now expanded to Mexico and Puerto Rico. He said a European project is also in the works.

Gregory said he does his best to lead the veterans who befriend him in the alley to social services and housing opportunities, but that many are still waiting for services.

While Mayor Ed Lee recently announced that he anticipates ending veteran homelessness in the city by the end of the year, Gregory said that is hard to imagine because there are so many homeless veterans who are still not getting the services they need, and it’s not because they don’t ask for them.

“I am watching them die as they wait,” he said, explaining that there are so many resources but deep inadequacies in the system that prevent veterans from reaching those resources.

“Out here on the streets I’m not seeing it translate into action for these veterans,” Gregory said.

He said he is talking daily with numerous homeless veterans who have mental health issues who remain on the streets of the Tenderloin despite the mayor’s positive outlook.