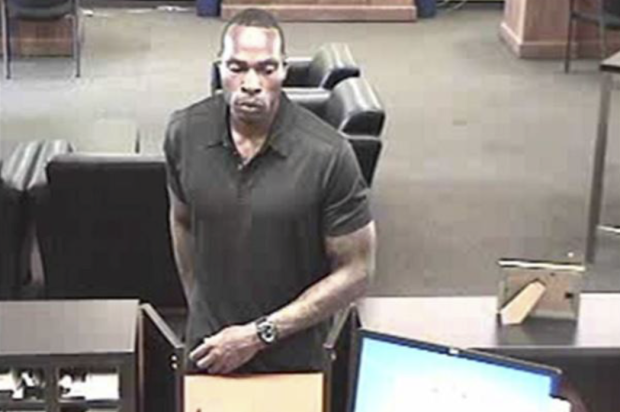 The FBI announced today they are offering a $10,000 reward for anyone who has information leading to the arrest of a man believed to be connected to seven bank robberies recently in the Bay Area.

The suspect, who FBI officials have dubbed the “Clean Cut Bandit,” is allegedly responsible for six bank robberies in San Francisco, as well as one in Antioch, since late March, investigators said.

The most recent robbery happened on Thursday at an East West Bank located at 3061 Balboa St. in San Francisco, FBI officials said.

The man brandished a knife in two of the robberies and a handgun during the two most recent robberies, according to the FBI.

Investigators have described the suspect as a black man in his 30s or 40s, ranging in height from 6 feet 2 to 6 feet 4 inches with an athletic build and tattoos on both arms.

In many of the robberies, the man was seen wearing short-sleeved polo shirts, a bomber style jacket and aviator sunglasses, FBI officials said.

The suspect should be considered armed and dangerous. The FBI is asking anyone with information regarding the man’s identity to contact them at (415) 553-7400.