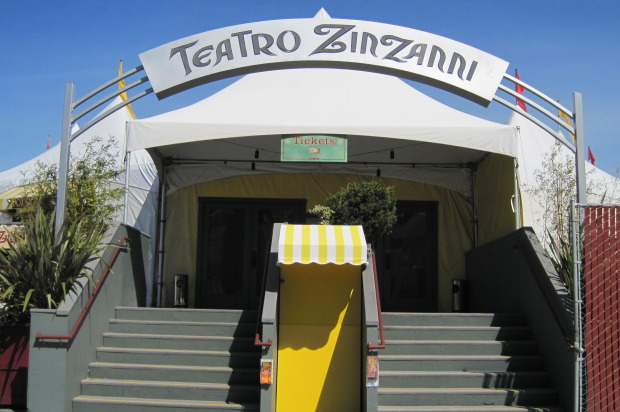 San Francisco’s Board of Supervisors voted unanimously this week to allow a well-known dinner theatre and circus to begin developing a new permanent home along the city’s waterfront.

Teatro ZinZanni got the go-ahead Tuesday to start construction on their new location at Seawall Lot 324 at The Embarcadero and Broadway, marking the company’s return to the city after a four-year absence.

The plans also include an area to showcase the company’s famed antique Belgian spiegeltent, The Palais Nostalgique. The extravagant tent, built in 1910, would be housed in a glass-walled gazebo, with backstage hallways that would be visible to pedestrians along the Embarcadero, company representatives said.

Teatro ZinZanni first opened its doors to San Francisco audiences in March 2000 on Pier 27/29. It closed in 2011, when it was among 80 tenants forced to move from the waterfront site to make way for the 2013 America’s Cup and a new cruise ship terminal slated for Pier 27.

“We have worked hard for three years to return to the city we love and this resounding vote of support from the Board of Supervisors ensures that love, chaos and dinner will be back at the waterfront very soon,” founder of Teatro ZinZanni, Norm Langill said in a statement today..

“We are so pleased to be moving forward with our partners at Kenwood to develop a cultural institution and a mixed use building that reflects both the mission of Teatro ZinZanni and the values of the San Francisco community,” Langill said.

“When we were first contacted by ZinZanni, we were thrilled to have the chance to create a new venue for the arts, a new hotel, jobs and open space at the gateway of North Beach and Chinatown,” Kenwood Investments, LLC’s Chief Executive Officer Darius Anderson said in a statement. “With this new development, we can help ensure that the arts can continue to thrive in San Francisco.”

According to the company, the new design stays within the city’s 40-foot height limit for the area and is supported by various business and labor leaders, community advocates and neighborhood organizations.

“Teatro ZinZanni and Kenwood are working closely with the community to ensure they are addressing our concerns and suggestions, including staying within the height restrictions, building a permanent home for a cultural institution, designing a building to conform to the criteria of the district and serving as a gateway to North Beach and Chinatown,” Jim Cunningham from the Barbary Coast Neighborhood Association said in a statement.

“They are doing all that and more, and we will be delighted to welcome them back to the neighborhood in the near future,” Cunningham said.