The Longest Ride has to be the one you take on the way to the theater to see this latest bit of Nicholas Sparks pablum posing as romance, because there’s no way YOU chose to see it. Or is the Longest Ride the one taken home when you have to pretend you enjoyed the movie, because the person you went with was crying through most of it, and you don’t want to pick a fight, it’s the weekend, and who cares, it’s just a movie, right?

Or, your could just part ways and go see Furious 7 again instead.

Liam “The Hunger Games” Hemsworth, (not Chris “Thor” Hemsworth), stars in this drama alongside some heavy hitters including John Malkovich, Michael Stuhlberg, and Billy Bob Thornton. He plays a former high school football star who wants to get out of the podunk town of Cut Bank, Montana, when he stumbles into a crime that just might help. Or go terribly, terribly wrong. (It’s a movie. It’s going to go terribly, terribly wrong.)

Nerd hero Simon Pegg plays a bad guy in this dark comedy about a hit man hired to kill a man’s wife, only to find out he’s not the only assassin after her. Also available via VOD, or on DVD in a like a month because it’s supposed to be terrible. 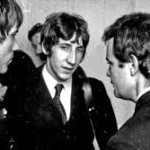 Documentary about Chris Stamp and Kit Lambert, two aspiring filmmakers in early 1960’s England, who decided to make a movie about a rock and roll band, and ended up discovering and managing The Who instead. Lots of current interviews and classic footage, it’s probably a must see for any Who fan.

Man From Reno – Kabuki
A Japanese author of crime fiction (Ayako Fujitani) is on a U.S, book tour when she gets involved in a real life mystery in San Francisco, a city, as we all know, perfect for a bit of film noir adventuring.

Director Dave Boyles, and the film’s stars Ayako Fujitani, and Pepe Serna, (a terrific character actor who’s been in movies since the 70’s), will be conducting Q&A’s following the evening screenings Friday, and following three screenings (beginning at 4:10) on Saturday, all at the Kabuki.