I have seen every movie in this franchise. Do not judge me. They’re fun, dumb, and exciting, and after I’ve seen one, I completely forget what it was about. It’s kind of like watching an actual car race: no heavy thinking needed. So, I can’t tell you what happened in the previous movie, aside from, you know, car chases and explosions. That, and also the fact that Jason Fucking Statham appeared at the very end of it, which means he’s in this one, and that also means this one is already automatically better than the last one, though probably also sadder because, Paul Walker, RIP. 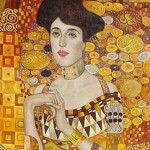 Based-on-a-true story drama about a Gustav Klimt painting that was stolen by the Nazis during World War II, and the Holocaust survivor who fought the Austrian government to have it returned to her family, it being a portrait of her aunt and all. Helen Mirren stars, with Ryan Reynolds. 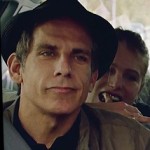 Noah Baumbach’s latest is a comedy about a middle aged couple (Ben Stiller and Naomi Watts) who befriend a younger couple (Adam Driver and Amanda Seyfried) and all I can think is this has got to be influenced by the fact that Baumbach is dating someone (the always awesome Greta Gerwig) 15 years younger than he is, right?? 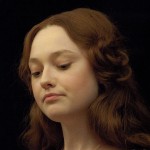 Emma Thompson wrote and appears in this biopic about the love triangle between 19th century art critic John Rushkin, his wife, Effie, and the Pre-Raphaelite painter John Everett Millais. Dakota Fanning stars as Effie Gray. (The movie’s release was delayed several years due to copyright lawsuits made against Thompson and her script, but she won both cases.)

So, this is based on the urban legend about a Japanese woman who supposedly believed the movie Fargo was a true story, came to North Dakota looking for the briefcase full of money Steve Buscemi’s character buries in the snow, and died while trying to find it. In fact, she had simply come to Minnesota to commit suicide, and there was no connection to the movie at all. This film takes the urban legend and runs with it, and will probably result in even more people thinking the story is actually true.