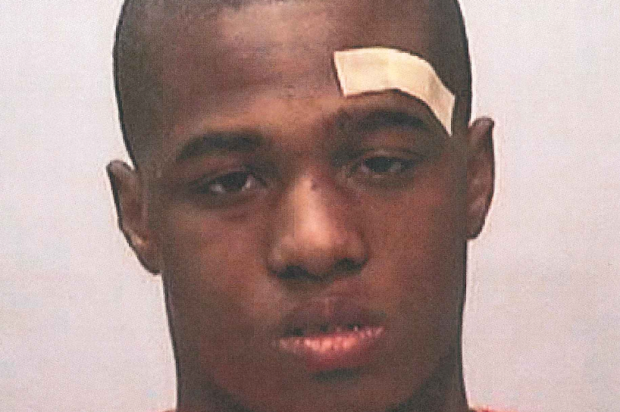 Two teenagers were arrested after police found a strong-arm robbery victim who’d been stabbed in San Francisco’s Portola neighborhood on the evening of March 27.

The incident was reported that day at roughly 7 p.m. in the 300 block of Wayland Street. Responding officers found a 66-year-old man with stab wounds to the chest, abdomen and wrist, police said.

Police say the victim is recovering, but he still remains hospitalized with life-threatening wounds.

During a canvass of the surrounding area, two teenagers matching the suspect descriptions were located and one of them was allegedly in possession of a knife, according to police.

Deandre Gipson, an 18-year-old San Francisco resident, was arrested on suspicion of attempted homicide, robbery, conspiracy and contributing to the delinquency of a minor, according to police.

A 17-year-old boy was also arrested on suspicion of attempted homicide, robbery and conspiracy. His identity is being withheld because he is a juvenile, according to police.

Anyone with additional information about the attack is urged to call Sgt. Marty Bandvik with the San Francisco Police Department’s Bayview Station investigation team at (415) 671-2300. Anonymous tips can be called in to (415) 575-4444 or texted to TIP411 with SFPD at the beginning of the message.