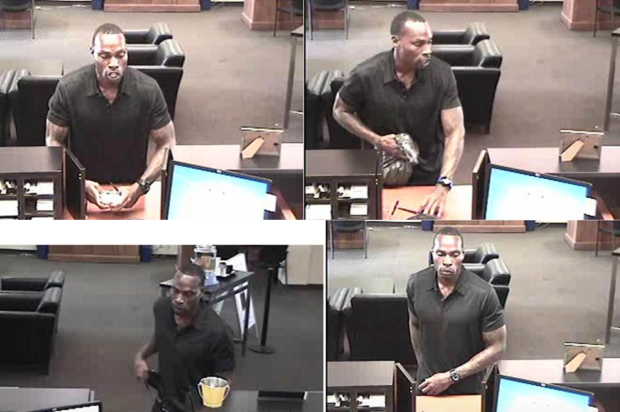 The FBI and San Francisco police are asking for the public’s help in identifying a suspect in three recent bank robberies that occurred in the city in the last two weeks.

The first robbery occurred March 30 at a U.S. Bank location at 4610 Mission St. Last Thursday, the same suspect allegedly robbed a Citibank at 260 California St. and on Tuesday, he allegedly robbed a Bank of America at 3701 Balboa St., according to the FBI.

The suspect, dubbed the “Clean Cut Bandit” by the FBI, is described as a black man in his 30s or 40s with an athletic build, standing roughly 6 foot 2 inches or 6 foot 3 inches tall. He was wearing polo shirts in all three robberies and brandished a knife in two of the incidents.

Investigators believe he may also have tattoos on both arms.

The suspect is considered armed and dangerous, and an unspecified reward is available for information that leads to his identification or arrest.

Anyone with information about the suspect’s identity is asked to contact the FBI at (415) 553-7400. Tips can also be submitted online at tips.fbi.gov.