If you’re looking for a modernization or feminist updating of Cinderella, ala last year’s Maleficent, look elsewhere. This is certainly not that. Instead, it’s a pretty faithful remake of the 1950 animated Disney classic, though expanded a bit story wise since the original was barely over an hour long.

These expansions are, for the most part, welcome additions since it means the Prince (Richard Madden) gets to fall head over heels in love with Cinderella (Lily James) after two meetings and some conversations, instead of after one measly song and dance.

Also expanded on is the role of the Evil Stepmother, as well it should be, since she’s played by the fantastic Cate Blanchett, and she deserves all the screen time she can get. There’s a little bit of pathos given to the character, as her jealousy over Cinderella is given some explanation, and she’s fully aware she’s been saddled with two idiots for daughters. But for the most part, she’s a seriously mean and nasty mother, albeit a fabulously dressed one. (Although, why she’s dressed like a 1930’s screen siren, while everyone else if prancing around in some approximation of 19th century garb is a little inexplicable. Fabulous, but inexplicable.)

Cinderella’s sisters (Holliday Grainger and Sophie McShera), are Technicolor nightmares, better looking than their animated counterparts, but no more talented or charming. And Cindy’s Fairy Godmother is not the elderly bippity boppity boo of the movie, at least, not for long, as she’s played by Helena Bonham Carter, in full Glinda-esque mode. But, because this is Helena Bonham Carter, and she can’t play anything perfectly straight these days, she caps off the glittery look with a huge set of glistening, white, fake teeth.

I’m not a mother to a young girl, so I can’t really share in the agony some parents have with the princess-ization of so much of the pop culture aimed at girls. But I was a young girl once, and I loved my princess-based fairy tales, and frilly dresses, and happily ever afters, and came out of it relatively unscathed.

In fact, I think girls these days might have it even better in the princess department, since they have some excellent alternative princesses to choose from, (see: Frozen; Brave; Mulan; The Frog Prince; the aforementioned Maleficent and its version of Princess Aurora, et al), while children of my generation had standard waiting-for-their-prince-in-shiny-armor princesses, and not much else to choose from.

This Cinderella isn’t breaking any new ground, but if you aren’t opposed to classic tales beautifully filmed, well acted, and well told, then you can’t get much better than this.

Even if it doesn’t have any singing mice. 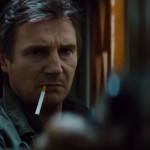 Liam Neeson brings his particular set of skills to this movie about a mafia hitman who must try and protect his son when he becomes the target of a vengeful mobster. Vincent D’Onofrio costars as a giant policeman, which means I will most definitely be watching this one. 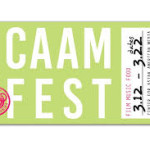 The Cult of JT Leroy – Roxie

Remember the JT Leroy scandal? Back in the days when authors seemed to be lying left and right in biographies, “inspired by” books, and even news stories? Ahh, the wild days of the early aughts! This documentary looks at the literary fraud that was JT Leroy, from the eyes of someone who was there as it unfolded, and was just as fooled as so many others were. Director Marjorie Sturm will be at the Roxie for Q&A after the 7PM showings tonight and Saturday.