OK, maybe not, but advance word on the latest film from District 9 and Elysium director Neil Blomkamp has been mixed. It’s another futuristic tale from him, this time about a law enforcement robot that is stolen by Die Antwoord and programmed to have feelings. Can a crying robot beat an army of mean robots? No disassemble! 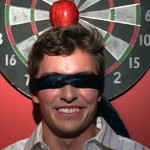 Comedy about a group of grown men acting like assholes.

The movie your parents will go see this weekend. This sequel to The Best Marigold Hotel features some returning favorites (Maggie Smith, Judi Dench, Bill Nighy), and some new faces (Richard Gere, David Strathaim). These flicks are the “Love Boat” of the new millennium. Someone cast Charo in the next one, stat!