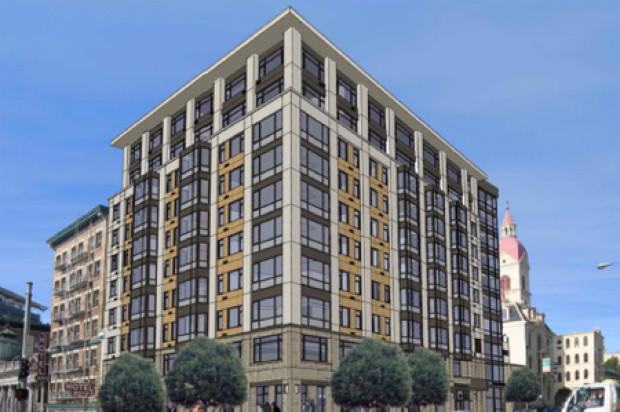 San Francisco Mayor Ed Lee and Supervisor Jane Kim were among the community members who celebrated the opening of the Vera Haile Senior Housing complex today.

The 10-story building located at 129 Golden Gate Ave. is comprised of 43 studios and 46 one-bedroom apartments, plus a two-bedroom unit for staff.

Eighteen of the 89 units for seniors are earmarked for formerly homeless senior citizens.

The housing complex is named after one of San Francisco’s leading elder advocates, Vera Haile.

Haile was a staunch supporter of keeping San Francisco affordable for seniors and worked for many years in the city’s Department of Social Services.

She also worked at Self-Help for the Elderly in Chinatown and later served as the executive director of North Market Senior Services, now Curry Senior Center.