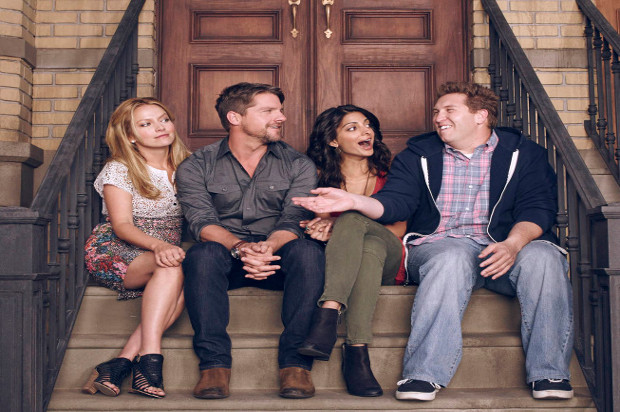 Jesus isn’t the only fictional character being brought back to life this week.

Monday, March 30
Monday Night RAW (8pm, USA)
The RAW after Wrestlemania is considered the most important RAW of the year. After the spectacle in Levi’s Stadium last night, God* only knows what WWE has up their sleeve for tonight at the SAP Center in San Jose. Also, the rebroadcast of this year’s Hall of Fame induction ceremony after RAW ends (which is at 11pm, or whenever RAW stops going over-time).

The Big Picture with Kal Penn (9pm, Nat Geo, series premiere)
Actor and former Associate Director in the White House Office of Public Engagement Kal Penn hosts what can be described as Data Visualization: the TV Show. By using infographics and big data, the show hopes to shed light on how everyday things impact our lives.

The Comedy Central Roast of Justin Bieber (10pm, Comedy Central)
The Friars Club policy of roasting the ones we love has been mutated into “whoever we think will move the ratings needle and incite many social media interactions.” That’s how we ended up with Anne Frank fan fiction writer Justin Bieber, in a PR stunt to appear more likable to the public.

Tuesday, March 31
The Dovekeepers (9pm, CBS, miniseries premiere)
Based on the novel of the same name, this miniseries executive produced by Mark Burnett and Roma Downey (you’ll be seeing these names at least once more this week) stars NCIS’s Cote de Pablo, Rachel Brosnahan and Kathryn Prescott and is about three women during The Siege of Masada.

Weird Loners (9:30pm, FOX, series premiere)
Forgetting about the semantical missteps that is a show about “loners” who hang out with each other, Weird Loners is an unromantic comedy about people unlucky in love who end up finding each other and hanging out. Also stars Happy Endings’ Zachary Knighton.

Cougar Town (10:30pm, TBS, series finale)
The wine-soaked and Florida sun-baked sitcom that began life on ABC and ended up on TBS comes to an end.

Thursday, April 2
Lip Sync Battle (10pm, Spike, series premiere)
Although celebrities lip syncing to popular music is Jimmy Fallon’s Tonight Show gimmick, the segment making the the jump to actual TV show on Spike (aka “the Bar Rescue Network”) feels to me more like the spiritual successor to Say What Karaoke on MTV hosted by Dave Holmes in 1998. Everybody loves celebrities, and they are our national resource after all, so let’s have them sing along to popular music. LL Cool J and Chrissy Teigen host.

Olympus (10pm, SyFy, series premiere)
With the glut of Jesus-baiting content going down this week, leave it to SyFy to give us tunics and sandals and multiple gods, glazed in a genre drizzle.

Friday, April 3
Derek: Special (12:01am, Netflix)
Oh I get it, it’s a special and Ricky Gervais’ Derek is special. I see what you did there.

Sunday, April 5
A.D. The Bible Continues (9pm, NBC, miniseries premiere)
Jesus being nailed up to some wood was just the inciting incident from Mark Burnett and Roma Downey in the sequel to the Bible (not THAT Bible, but the miniseries of the same name).

American Odyssey (10pm, NBC, series premiere)
So a special forces solider, a corporate lawyer, and activist walk into a bar and Dick Cheney made money off the Iraq War. The show compares itself to Steven Soderbergh’s 2000 drug film Traffic.

Lizzie Borden Chronicles (10pm, LIfetime, miniseries premiere)
We’ve got Christina Ricci, Clea DuVall, and an appearance by Jonathan Banks in a show about what happens after Lizzie Borden is acquitted of murder.