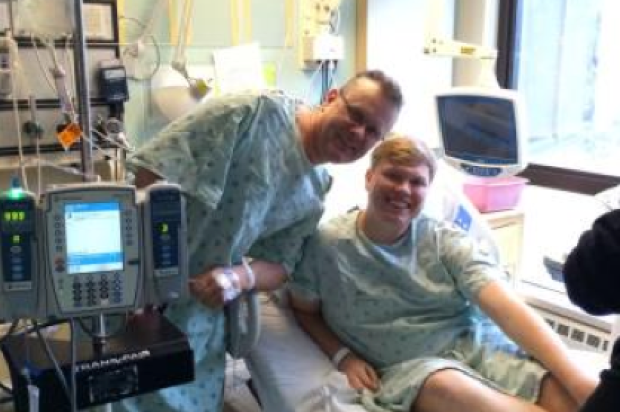 A Fremont teen is recovering in a San Francisco hospital after a transplant surgery that took place Tuesday with the help of a correctional officer who donated one of his kidneys.

Garrett Ramos, 19, was suffering from full kidney failure as a result of a condition called IgA Nephropathy, according to Deputy Rebecca Rosenblatt with the San Mateo County Sheriff’s Office.

Jerran Higgins is a seven-year veteran of the sheriff’s office who works with Garretts’ father, Sgt. Gary Ramos.

Higgins stepped forward to offer up his extra kidney after finding out that Gary had been disqualified as an organ donor due to minor health issues. After months of screening and extensive testing, Higgins turned out to be a perfect match, according to Rosenblatt.

Higgins is a husband and father of two children, and as of Tuesday he’s also a living kidney donor, according to Rosenblatt.

Higgins and Ramos are recovering together in the hospital, where Garrett’s loved ones have been live blogging updates about his condition at www.garrettupdates.com.

He’s up and walking, at the insistence of his doctor, and his body has begun producing urine with the assistance of the newly transplanted kidney, according to the blog.