Fifty Shades of Grey Mostly British Film Festival The Kingsman: The Secret Service by Rain Jokinen | February 13, 2015 10:14 am | in Culture | 0

I gotta admit, when I first saw the above trailer, I nearly had a spontaneous orgasm. Nope! Not talking about Fifty Shades of Grey! THIS movie features everybody’s boyfriend, Colin Firth, wearing a suit and glasses, and kicking ass. COME ON NOW! I suppose the release date is some clever bit of counter-programming for dudes who refuse to be drug to Fifty Shades by their significant others. But I can’t be the only chick who would much prefer this as a Valentine’s movie date than the below, right? 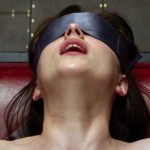 Everyone and their mothers are going to see this movie. Just ask MY mother, who I took to the screening. Not as awkward a situation as you would think, since the movie isn’t actually arousing in any way. Aside from arousing my annoyance. Read my complete review here! 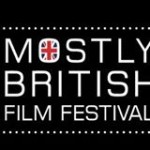 Festival runs through Sunday the 22nd, and features new and classic films from the UK, Ireland, Australia, and South Africa. This year will include a tribute to actor Malcolm McDowell, with screenings of If, Aces High, and A Clockwork Orange, as well as an in person appearance by McDowell–in conversation with Ruth Steine–next Friday night. See the complete line-up of movies here.