I had the same reaction the first time I saw the trailer to Jupiter Ascending as I did when I first saw the trailer to Guardians of the Galaxy, and that was, “Whoa. This looks ridiculous. How could it possibly be any good?” Of course, Guardians turned out to be great fun, but I fear this movie will live up to that initial gut reaction. I mean, come on! Channing Tatum as some kind of super soldier from space? Mila Kunis as a maid that might also be the savior of the galaxy? Can we all finally admit that the Wachowskis are now terrible directors? 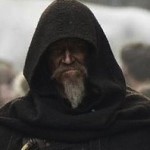 Good lord what is with the movies this week? It’s only the first week of February and already critics are deeming this fantasy flick the worst movie of the year. Not surprising, really, as it was originally supposed to come out in 2013; never a good sign. Jeff Bridges! Julianne Moore! What were you thinking? 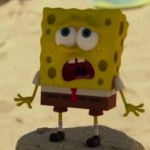 The SpongeBob Movie: Sponge Out of Water – Everywhere

Yes, boys and girls, as far as major studio releases is concerned, your best bet looks to be this CGI, live action hybrid spin off of the cult classic animated show. Bring a kid, or bring some pot, (but probably not both). 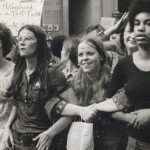 Documentary looks at the history of the modern women’s movement, from 1966 to 1971, through interviews with the women who lead the cause and reenactments of pivotal moments. Remember, just because it’s history, doesn’t mean it’s finished.

SF Indiefest – Roxie Theater and beyond

The seventeenth San Francisco Indiefest runs through the 10th, and is focused on independent movies, yes, but also features events like roller skating in the Women’s Building, and the 12th Annual Big Lebowski Party at the Grand Theater on Mission street. Check out the full schedule here!