Weekend Watch: Hot Tub Time Machine 2, The DUFF, McFarland USA, What We Do In The Shadows

Seriously, what was John Cusack so busy with that he couldn’t sign on to Hot Tub Time Machine 2? Dragon Blade? Untitled Made For TV Movie About Wall Street? Come on now!

Mae Whitman, (her?), plays a high school student who learns she’s considered a DUFF, AKA the Designated Ugly Fat Friend, and…she does what every sad teenager in every high school movie that isn’t Carrie does: she works it out. Honestly, Mae Whitman is too good an actress, and also, too old (she’s 27), to be stuck in mediocre high school movies. Give her some better parts, Hollywood! Yes, her! 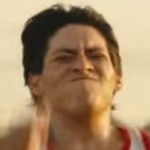 Kevin Costner is the Jessica Chastain of actors. Not only is he in at least one movie a month, but she seems to be sticking to genres he knows best. In this case, sports. Specifically, the true story of a cross country team at a predominantly Mexican-American high school in 1987 California.

What We Do In the Shadows – Embarcadero

Comedy about three vampire roommates in New Zealand. It is cowritten, co-directed and costars Jemaine Clement of “Flight of the Conchords” fame, which should be enough of a selling point right there. I’ll admit I’m a bit tired of the whole mockumentary format, but I think I can give this one a pass. Although, they better explain why the vampires can appear on video but not in mirrors.