Weekend Watch: Focus, The Lazarus Effect, Maps To The Stars

Remember when Will Smith movies would always open on Fourth of July weekend? Those days seem to be gone, and Mr. Smith is probably going to have to earn that weekend slot back. It’s unlikely this movie will push him any closer. Smith plays a con man who takes a beautiful wanna-be-con-woman under his wing, falls for her, leaves her, and then finds she’s his foe in a scheme several years later. Margot Robbie (Wolf of Wall Street) is the femme fatale. 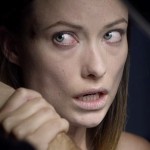 A group of medical researchers who have never seen the movies Flatliners or Pet Semetary develop a serum that can bring dead animals back to life. When one of the researchers dies in an accident, her coworkers do the logical thing and inject her up. Things turn out great! (Note: things do not turn out great.) The most interesting thing about this movie is the cast, which includes Olivia Wilde, Mark Duplass, and Donald Glover.

Maps to the Stars – Balboa

Julianne Moore stars in a film that would never in a millions years garner her an Oscar nod. Let’s hope she continues to choose odd movie roles now that an Oscar is hers to keep, because she’s best when the movie is weird. And, being that David Cronenberg is the director here, you can guarantee it’ll be that. Moore plays fading actress Havana Segrand, who gets entangled with a very screwy family, including Mia Wasikowska, as a burn victim (Cronenberg!) who shows up for an assistant job. John Cusack, Robert Pattinson, and Olivia Williams also star.