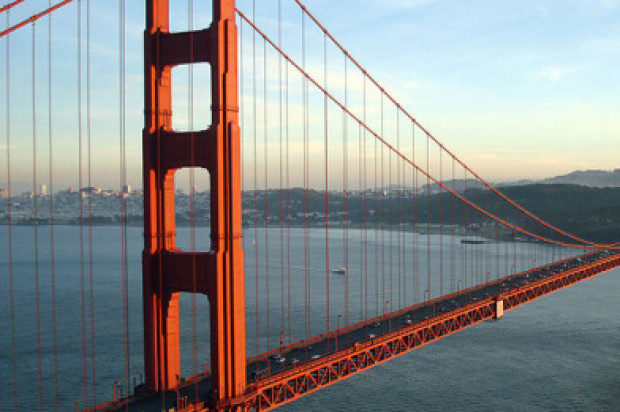 The mismanaged rollout of an all-electronic toll collection system on the Golden Gate Bridge has prompted the Bay Area Toll Authority to withhold $330,000 in penalties against its customer service contractor, a Bay Area Metropolitan Transportation Commission spokesman said today.

Xerox has provided mailing and call center services for toll collections at all area bridges since 2003. However, the company’s level of service dropped off sharply after all-electronic tolling was implemented on the Golden Gate Bridge in March 2013, according to a toll authority report.

The new tolling system requires drivers to either pay with the FasTrak system or pay through an invoice sent to the registered owner of the car. Late fees are incurred if that invoice goes unpaid for 21 days.

While Xerox had made improvements since the initial rollout, the introduction of a new computer system when the company’s new five-year $117 million contract started in November led to another steep rise in call wait times for customers dealing with bridge tolls.

Other problems included 16,000 late payment invoices mailed in late 2014 to customers who had not yet been mailed notices for the toll itself, MTC spokesman John Goodwin said today.

The toll authority is working to contact those customers and will not hold them responsible for late penalties relating to the error, Goodwin said.

In an effort to fix the problems, the toll authority has contracted with Oakland-based firm Ted Jacob Engineering Group to provide metrics and technical assistance for improving the call center.

The Jacobs contract was amended for that work until June 30 using $250,000 in penalties withheld from Xerox’s $1.7 million November invoice at the toll authority’s meeting today.

Transportation Commissioner Steve Kinsey, vice president of the Marin County Board of Supervisors, called the service at Xerox’s calling center “atrocious” at today’s meeting, expressing frustration that the toll authority was continuing to have to manage the call center, despite hiring Xerox for the task.

Metrics from a toll authority report show prompt answering of calls plummeted after the rollout of the electronic-only toll system on the Golden Gate Bridge, falling until only about 10 percent of calls were answered within two minutes.

While performance then improved, it again dropped sharply last summer, when fewer than 20 percent of calls were answered within two minutes.

Average wait times at the call center rose to their worst ever after Xerox’s new contract began in November and new computer systems were implemented. Callers have waited an average of over 8 minutes since then.

An amended complaint filed in December alleges that numerous drivers did not receive toll notices before being mailed penalty invoices.

The Golden Gate Bridge, Highway and Transportation District estimates it can collect up to $22 million in revenue a year from toll evasions, according to the complaint.

The complaint also alleges that Xerox does not provide a proper procedure to contest charges, that Xerox employees improperly identify themselves as “toll violation officers” and the company does not have adequate means to send invoices to drivers’ current addresses.

Goodwin said the toll authority obtains addresses from the DMV registration database, but does not have access to its driver’s license database, which may be more up-to-date.

Xerox has submitted a plan to get its operations back into compliance with its contract by March, according to the toll authority.

“We’re not in the business of penalizing contractors, we’re in the business of processing toll payments,” Goodwin said. “All we’re trying to do is get the toll collection done as smoothly and efficiently as possible and provide the greatest possible customer service, and we’re falling short of that goal.”