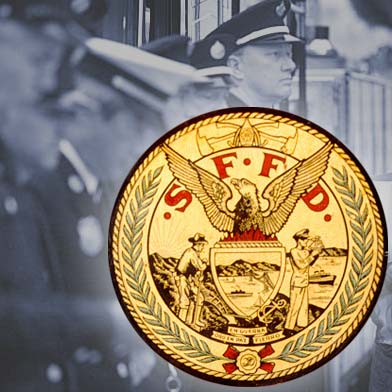 The San Francisco Fire Department has added a fleet of new, highly efficient ambulances and plans to hire more than 40 paramedics in the coming months to bolster their emergency response services.

San Francisco fire Chief Joanne Hayes-White said today that the addition of 19 ambulances will help the department respond to the city’s growing population and high number of emergency calls, while keeping costs at a minimum.

Hayes-White said the 19 new ambulances, each costing the city about $154,000, are more cost effective than previous ambulances since they consist of two parts, a chassis or vehicle frame, and a re-mountable box, or the part of the ambulance where patients are treated.

With the new design, ambulances needing replacement will require the fire department only to purchase a new chassis. The old body, or box, can then be attached to the new chassis, according to Michael Braun, a senior equipment specifications supervisor for the City of San Francisco.

Braun said the new ambulances cost about half as much to replace. He said to buy a new cab and chassis and simply refurbish the box will cost $60,000 to $70,000, instead of the $154,000 needed to purchase a whole new ambulance.

In addition, the new fleet is covered by a five-year warranty so that the manufacturer will now do repairs while maintenance will continue to be done by the fire department, Braun said.

He said the chassis and cab should be replaced every five years and that each new vehicle will be made safer, more efficient and greener than the next.

Hayes-White said she is hopeful that by expanding the fire department’s ambulance fleet to 53, emergency response times will continue to improve.

Hayes-White said her department has been in the process of getting these ambulances on the road since 2012 and that after making some adjustments, she said they are getting very good feedback from staff and the public,

San Francisco Mayor Edwin Lee also announced today that the city has approved the hiring of 40 new recruits to the San Francisco Fire Department’s H-3 emergency medical technicians/paramedic training academy. The new recruits are expected to be working for the department by the end of
May.

Hayes-White said there are currently about 170 EMT/paramedics in the San Francisco Fire Department and that this expansion will bring the paramedic staff to about 210, a level she said begins to properly accommodate the city’s booming growth.

She said that due to budget reductions in the past, the fire department did not have an adequate level of ambulances to meet the city’s increased demand due to a growing population and an increased volume of 911 calls.

The city’s decision to hire new EMTs and paramedics was based on a recommendation from an ambulance demand analysis and a staffing projection completed by the San Francisco’s Controller’s Office, according to the Mayor’s Office spokeswoman Christine Falvey.

Falvey said 14 additional EMTs are expected to join the San Francisco Fire Department over the next year.

The city’s push for more ambulances and more paramedics comes after numerous calls by members of the Board of Supervisors, including Board President London Breed, and the city’s firefighter unions.

The city’s firefighter unions asked Hayes-White to step down over the department’s alleged failure to provide timely emergency medical response to the public.

Firefighters unions have stated that Hayes-White’s lack of strategic planning has led to the department’s troubles.

A letter signed by the San Francisco firefighters’ union and other employee groups sent to the mayor in September announced their unanimous decision to express their “lack of confidence in the current Administration.”

In October, Lee said ambulance transport times across San Francisco have been reduced and said the inadequate response times were a result of a growing city with a growing demand. He also cited years of significant budget cuts to the department.

The department’s increased staffing, ambulance fleet and implementation of other solutions recommended by the Ambulance Working Group, have Hayes-White hopeful that the ambulance transport times will continue on the downward trend.

The working group, which was developed to identify and implement solutions to the fire department’s alleged shortcomings, determined that new ambulances and staff would bolster the ability for paramedics to respond to medical emergencies.

Despite expanded staffing and additions to the ambulance fleet, the city still contracts with two other ambulance companies in order to meet San Francisco’s growing needs.

The working group and city departments are also renewing efforts to reduce the volume of non-emergency 911 calls.

San Francisco fire spokeswoman Mindy Talmadge said the city is continuing with plans to reinstate an emergency medical response effort supported by the city’s Fire Department and Department of Public Health, designed to respond directly to the needs of the homeless community, who make up a large amount of the 911 call volume.

The Ambulance Working Group has also stationed a nurse at the 1001 Polk St. shelter in the Tenderloin, with a second nurse to be stationed at the 525 Fifth St. shelter in the South of Market neighborhood by the end of this month, to help respond to areas with the most 911 calls, according to the mayor’s office.