Appealing TV: Last Man on Earth, House Of Cards, And Thanks For Everything, Parks And Recreation

Agent Carter Battle Creek Catfish: The TV Show Hot Package House of Cards How To Get Away With Murder Parks and Recreation Secrets and Lies Survivor The Last Man on Earth The Night Shift The Voice by Paolo Sambrano | February 23, 2015 8:47 am | in Culture | 0 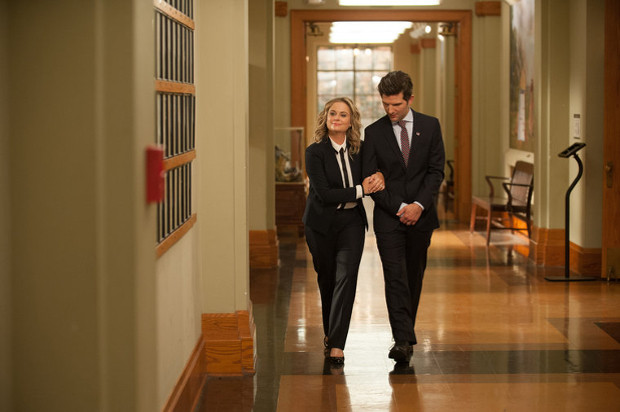 Addiction, it appears, took the life of comedian Harris Wittels last Thursday. His brilliance left the world way too soon.

Monday, February 23
The Voice (8pm, NBC, season premiere)
The chair-spinning singing competition resumes, with Christina Aguilera returning to the show after a two season break. Pharrell Williams is still there, and the bromance of the century between Adam Levine and Blake Shelton is still going strong.

The Night Shift (10pm, NBC, season premiere)
The Night Shift promised us hot doctors riding motorcycles in hospitals when it premiered last summer. I couldn’t tell you if it made good on that promise, but I can tell you that the show is returning for a second season a couple of months early. I can also guarantee there will be hot doctor sex in supply closets, which at this point in the history of television is compulsory in any hospital drama.

Tuesday, February 24
Agent Carter (9pm, ABC, season finale)
Hopefully what we have here is a season end and not series finale. Perhaps we can get another eight episode mini-season this time next year? While as enjoyable as all get-out, it wasn’t as tight as I was hoping it would be (especially in an eight episode run) but that’s just nitpicking at this point. Turning in great performances were Hayley Atwell (who may have just bought a controlling stock in my heart), James D’Arcy as Edwin Jarvis, and Enver Gjokaj (who deserves more work and shine). Next week Agents of SHIELD returns, and I’m lukewarm about it! Agent Carter felt like summer camp, and the impending return of Agents of SHIELD feels like the lightweight irritant of needing to go back to actual school.

Parks and Recreation (10pm, NBC, series finale)
NBC’s decision to drive-by the entire final season of their last dying ember of relevant comedy didn’t feel like the most dignified way to go. But heck if it wasn’t one hell of a victory lap (alright maybe the Gryzzl stuff wasn’t the most engaging, and left a weird pro-gentrification taste in my mouth, but still). Parks and Recreation showed that you can make a sunny sitcom about a group of people who fundamentally like each other, working together that can be howlingly hilarious, without needing to go full cynical or dour. Leslie Knope will live forever.

Wednesday, February 25
Survivor (8pm, CBS, season premiere)
The 30th season of Survivor is subtitled Worlds Apart, which doesn’t really tell me anything directly about the season as a whole (aside about globalization maybe?) But for the FIRST! TIME! EVER! Contestants will be split into three tribes (white collar, blue collar, no collar). At least this season wasn’t called Separate Ways (World Apart). Survivor turns fifteen this year, by the way.

Catfish: The TV Show (10pm, MTV, season premiere)
Zac Efron guest stars in the season premiere to help Lev and Max find out if those people on the other end of the long distance relationship are really who they say they are. This is exactly like when the Harlem Globetrotters would guest star on an episode of Scooby Doo.

Thursday, February 26
How to get Away with Murder (9pm, ABC, season finale)
Knowing how scripted, serialized television works, no, we will not find out how to get away with murder. The same way how the the end of the first season finale of LOST didn’t end up with anybody being “found.” The freshman player on Shondaland’s line-up (but remember, Shonda Rhimes only executive produces HTGAWM) starring Viola Davis did answer the question of “why is your penis on a dead girl’s phone?” Which is pretty important!

Friday, February 27
House of Cards (12:01am, Netfilx, complete third season premiere)
Netflix’s first piece of original programming returns for its third season of awful people doing awful things in the name of Power ™, and Kevin Spacey breaking the fourth wall in a southern drawl. We last left Frank Underwood as President Frank Underwood, and with STAKES ™ like that, where can the former Democratic Majority Whip go from here? And what about Claire Underwood, First Lady Macbeth to Underwood’s Macbeth Macbeth?

Sunday, March 1
The Last Man on Earth (9pm, FOX, series premiere)
Will Forte is the literal last man on Earth (although appearances by Kristen Schaal, Mel Rodriguez, Cleopatra Coleman, and Mad Men’s January Jones suggest otherwise). Created and showrun by Forte, with Phil Lord and Chris Miller directing the pilot and executing producing (while the duo have gotten tremendous shine in the past year because of The Lego Movie and 22 Jump Street, they will always be the people who worked on Clone High to me). Forte plays Phil Miller (ah-ha-ha), survivor of a viral outbreak in 2020 who returns to his hometown of Tuscon, AZ after looking far and wide for anybody else out there (while getting in some sweet wish fulfillment, as he is the titular last man on Earth). It’s about time the post-apocalyptic genre got some levity, and with a great team behind the camera, I’m expecting a lot of good things from this. Worst case, it’ll be another cult comedy that gets canceled after three episodes that we’ll all be lamenting on Twitter.

Battle Creek (10pm, CBS, series premiere)
While we have Better Call Saul to gnaw on, Vince Gilligan’s other follow-up to Breaking Bad is a mismatched police procedural on CBS on Sunday nights. Which doesn’t seem like the follow-up from the man that brought us the the most golden-est show in the Golden Age of Television ™. Okay, it isn’t so much a follow-up as a return, as Battle Creek is based on a script Gilligan wrote ten years ago. Starring Josh Duhamel and Dean “Beeper King of New York” Winters as a mismatched (dare I say odd couple?) law enforcement duo (Duhamel is a cheery FBI agent, Winters, cynical detective) as they clean up the mean streets of Battle Creek, Michigan together. Perhaps they clean up the town’s cereal-rooted history and get everybody eating paleo or something because did you hear? Grains are bad.