Appealing TV: Asians? On My TV? NBC’s Attempt at The Americans, and You Better Call Saul! 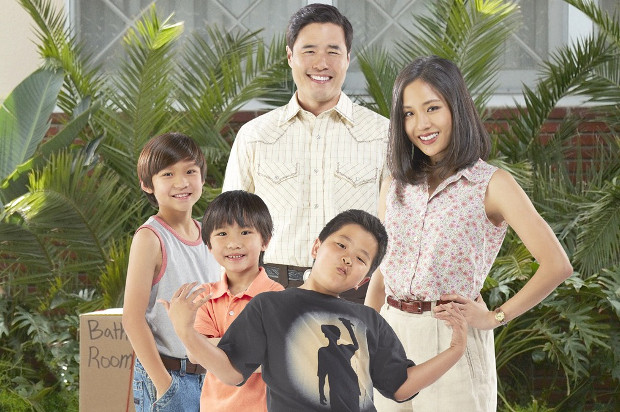 Real talk, I am still beguiled like hell from last night’s Katy Perry/Missy Elliot/Lenny Kravitz performance at the Super Bowl. Oh, what’s that? You weren’t watching the Super Bowl? Oh, that’s nice. No, really it is. Cool, live your best life.

Monday, February 2
Unwrapped 2.0 (10pm, Cooking Channel, series premiere)
Did anybody else ever have existential panic attacks watching the original Unwrapped hosted by Marc Summers? The industrial manufacturing methods used to create Hot Pockets seem like they’d induce dread because we’re strip mining the planet of natural resources but we can crank out half a million bagel bites in three hours. But it! Isn’t! Sustainable! Anyway, they’re bringing Unwrapped back, with Dancing with the Stars winner Alfonso Ribeiro hosting!

Tuesday, February 3
Limo Wars: Las Vegas (10pm, A&E, series premiere)
A&E going ham on their unofficial War franchise with a show likely about limo drivers competing for kick-backs by ferrying rubes from the Midwest from The Cosmopolitan to their contracted strip club.

Wednesday, February 4
Fresh off the Boat (8:30pm, ABC, series premiere)
Chef, renaissance man, and oh my god he is so fucking cool Eddie Huang’s sitcom based on his memoir of the same name premieres on ABC. Not sure if you’ve been following the arduous process Huang has been so transparent in laying out about getting this show made, but it has been a doozy (for a total lack of a better word). You need to appreciate Huang’s commitment to his morals, between not compromising on saying “America is great!” or a TCA critic asking if there’ll be chopsticks on the show, because Asians! On! TV! By the way? If you actually gave money to watch The Interview, you are now obligated to watch the shit out of Randall Park in Fresh off the Boat.

Thursday, February 5
Allegiance (10pm, NBC, series premiere)
NBC’s Allegiance is a desperate, shoddy facsimile of FX’s The Americans and should be regarded as the GoBots to The Americans’ Transformers. If I were a kid and I found Allegiance under my Christmas tree when I asked for The Americans, I would be pissed. Oh NBC, you so thirsty.

Lance Loves Michael: The Lance Bass Wedding (8pm, E!)
I am a sucker for a wedding, after all. A special chronicling the December nuptials of former Nsync-er and cosmonaut Lance Bass and his husband Michael Turchin, I’m sure this is going to be one for the ages (in a world where ages are measured in gifs and listicles)

Friday, February 6
Sex Sent Me to the Slammer (10pm, ID, series premiere)
It’s one thing to be sent to the ER because of sex, and maybe we might get a couple of chuckles out of it, but sex sending you to jail? It’s another spoke in this goddamn society’s war on sex positivity, using it as a way to oppress and shame everybody’s biological urges. It’s of little surprise that this show will be on Investigation Discovery, home of true crime splooge of women murdering their husbands, then going to jail.

Saturday, February 7
What Could Possibly Go Wrong? (10pm, Science Channel, series premiere)
People only fucking love science if it’s about iterating their awful, stupid ideas. And not if it’s about, like, vaccines or global warming. Anyway, this show is about science in the former state. Two TV-good-looking guys prepare to use science to put your awful ideas in action, and hopefully live up to the show’s title.

Sunday, February 8
The 57th annual Grammy Awards (8pm, CBS)
Pretty sure Taylor Swift will just sweep this entire year, which I will be more than okay with. Rapper/NCIS: Los Angeles star LL Cool J hosts this year’s music festivities award show, and it’s worth noting his video for Doin’ It back in 1995 set the stage for my puberty (while Fiona Apple’s Criminal video burned the entire goddamn building down). Here’s hoping that Iggy Azalea doesn’t win best new artist during Black History Month.

The Jinx (8pm, HBO, series premiere)
A six-part documentary miniseries from the director of Capturing the Friedmans, Andrew Jarecki. Focusing on Robert Durst, a real-estate mogul turned cross-dressing serial killer. Its hoping to bait those with Serial withdrawals.

The Walking Dead (9pm, AMC, winter season premiere)
The Walking Dead finally cashed in on the promise of a zombie end of the world (granted it took them five seasons to do it). Despite boning the mid-season finale and falling back on its worst tendencies as a show, it’s not a deal-breaker by any means. It only serves to remind us to be wary, while still hoping for the best. This show has been on the air for five years, and will probably not be going anywhere soon. If the second half of this season does dip, the best thing I can say is that we are used to it.

Better Call Saul (10pm, AMC, series premiere)
Everybody! Keep coming up with your dumb ideas for spin-offs of existing shows! Better Call Saul proves that the dream is possible! Granted, a spin-off featuring Bob Odenkirk’s slick-talking, dirtbag lawyer is a pretty sweet idea. Also sweet that joining Peter Gould (who created the character) in showrunning duties is Vince Gilligan himself. Not content to just be a straight-up prequel, Better Call Saul will allegedly occupy a quantum space before, during, and after the events of Breaking Bad. Which gives me some pause, frankly, as if Better Call Saul can’t stand on its own as a separate piece, and is only serving to placate those who still aren’t over Breaking Bad’s conclusion. If this show isn’t a hit, will it only serve to undermine the legacy of Breaking Bad? (See: post-Battlestar-Galactica-that-isn’t Caprica.)

Last Week Tonight with John Oliver (11pm, HBO, season premiere)
John Oliver taking over hosting duties from Jon Stewart last summer proved he could anchor his own new parody show. John Oliver’s freshman solo season proved that he can go out on his own, and thrive! The show exploded into a Youtube goldmine of topical commentary last year. And with the thirty minute format, allowed the show to deep dive into topics such as Ferguson or the abject corruptness of FIFA.