A Year After A Driver Killed Paul Lambert On Van Ness Avenue, Are Pedestrians Any Safer In SF? 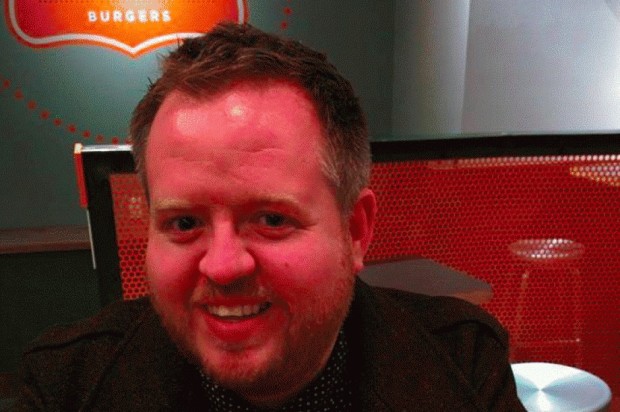 One year ago today, at about 1 a.m. on February 13, 2014, Mageb Hussain, driving 48 mph in a 25 mph zone struck and killed 35-year-old Paul Lambert as he attempted to cross a Van Ness Avenue mid-block near Pacific Avenue. Not under the influence of drugs or alcohol, Hussain backed the car up after he struck Lambert, grabbed a few items from the trunk, and attempted to walk away on Pacific, according to prosecutors.

Ultimately, county prosecutors convicted Hussain of gross vehicular manslaughter, and sentenced him to a year in county jail and a year in a residential treatment program, a modern version of parole — time served concurrently with another conviction for stolen cell phones. In response to the conviction, the California Department of Motor Vehicles revoked Hussain’s license in August 2014, according to records obtained by the Appeal.

Although prosecutors did manage a conviction — one that may well have been severe as possible under current state law — Lambert’s family remains devastated by Paul Lambert’s death.

“The void created in Noelle [mother] and Claire’s [sister] life is immeasurable,” Paul Lambert’s uncle wrote in a statement submitted to the court.

“Neither has been able to come to terms with the unnecessary and reckless loss of Paul due to speed, carelessness and excess. Knowing that Mr Hussain was already known to the authorities, driving uninsured, in possession of stolen property and attempting to flee the scene, only adds to the inappropriateness and unfairness of Paul’s murder.”

The Lambert family did not respond to the Appeal’s inquiries.

Paul Lambert’s death, while tragic, is far from the only one as a result of a vehicle collision. It was the third of the 18 total pedestrian deaths, according to data from the SFPD in this past calendar year. Down from one of the deadliest years in 2013 — 21 pedestrians were killed by vehicles — 2014 continues stands out as a statistically high year in recent history.

There have been no pedestrian deaths resulting from vehicle collisions thus far in 2015, according to the SFPD spokeswoman Sgt. Monica Macdonald.

The cause for the increase is relatively straightforward: “We’re seeing faster speeds,” said Nicole Schneider, Walk SF’s Executive Director. “And when we see faster speeds, likelihood of serious injury and death increases.”

It’s not the number of cars on the road — a common misconception — the number which has been decreasing in recent history, Schneider said.

Walk SF also has concerns about poor street design, and aging streets that haven’t been upgraded in recent history. Those environment concerns make collisions with pedestrians more likely too.

“We have dangerous streets that haven’t been upgraded or designed to meet best practices,” Schneider said. “Van Ness is dangerous. Five people have been hit and killed on that street [in 2014]. We known where the serious fatal crashes, we have the money now thanks to Propositions A and B, the next thing we need is the political will.”

The San Francisco Police Department continues to say that in many cases, pedestrians are responsible for their own deaths. “A lot of it is just really, really bad behavior,” Cmdr. Mikail Ali told the Chron last month. He went on to say that his views aren’t popular — he gets accused of blaming the victim — but after looking at the evidence in each case, is convinced that pedestrian behavior is a major factor.

“If we play this kind of sterile, numbers-only game, people surmise that it’s fairly innocuous behavior that’s causing these fatalities when in fact it’s very clear what the behaviors are,” he said. “The hope is that the public will change their behavior voluntarily.”

“Whether they’re walking to work or to school, there’s no reason why anyone should be killed in a traffic crash in modern day San Francisco, and we’re working hard to eliminate all traffic fatalities,” Schneider said.

For its part the District Attorney’s office vigorously prosecutes pedestrian deaths when possible — despite the fact that they are often quite complex due to evidentiary requirements and current law.

“Far too many people are dying or being injured on our streets,” spokesman Alex Bastian wrote in a statement to the Appeal. “That is why we are doing everything we can pursuant to the law, to prosecute when appropriate. It’s important to remember that many of these incidents are preventable. Once a case comes to us, it is too late.”

For the Lamberts, Paul’s death remains a source of pain. His mother, Noelle, wrote in a victim statement presented to the court, that her son was doing meaningful work at the nonprofit Kiva, and that he had big plans for the future.

“Paul was my only son,” she wrote. “A bright, caring, loving and highly motivated young man.  The impact his death has had on us is indescribable.”