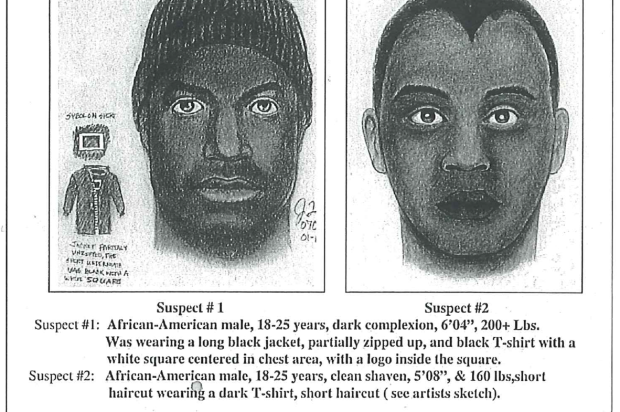 Police are asking for assistance solving the shooting death of a 20-year-old man that occurred eight years ago after an argument at a San Francisco nightclub.

Casillas was shot while driving his silver GMC Yukon SUV near the corner of 13th and Folsom streets by two men who had apparently brandished a gun at him earlier that night in Club Caliente.

Witnesses told police the two suspects were black men between 18 and 25 years old.

One suspect was described as a large man with a dark complexion standing 6 feet 4 inches tall and weighing over 200 pounds. He was wearing a long black jacket and a black T-shirt with a white square on the chest area at the time of the crime, police said.

The other man was described as standing 5 feet 8 inches tall and weighing 160 pounds. He was wearing a dark T-shirt and had short hair with a prominent widow’s peak, police said.

The night of the murder the two men were driving a silver car, possibly a Honda Civic or a Nissan Maxima, with a low spoiler on the back and a partial license plate of 166.