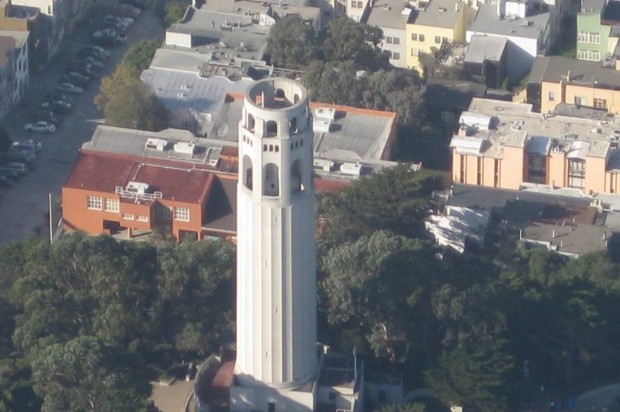 For the second day today visitors to Coit Tower and Pioneer Park in San Francisco will be turned away as Logan Media films a corporate commercial using a drone, officials with the nonprofit Protect Coit Tower have announced.

The nonprofit has been working for years to protect public access to the tower and restore its historic murals.

“Coit Tower is a public space that belongs to all people, and it diminishes this treasure to stop people from even seeing Coit Tower because a company wants to use a drone for its commercial, said Protect Coit Tower’s Jon Golinger in a statement.

Protect Coit Tower officials claim hundreds of visitors will be turned away this week during the filming.

The officials said Logan Media’s Patrick Ranahan told them Federal Aviation Administration rules require his company to keep the public at least 200 feet away when a drone is used for filming.

Protect Coit Tower said Logan Media paid the San Francisco Recreation and Park Department $1,500 for a permit to shoot the commercial at the tower.

“Why is the Recreation and Park Department selling private access to this public treasure and preventing people who have traveled from around the world to visit from even taking a photograph of Coit Tower just because a corporation wants to use a drone for its commercial? Golinger asked.