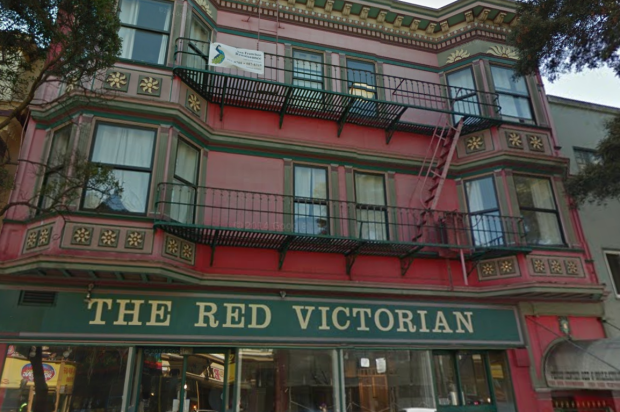 The infamous graffiti artist Banksy’s “Haight Street Rat” is coming back to San Francisco, where it will be featured at a gallery starting next week.

The piece, which was painted on the side of The Red Victorian hotel at 1665 Haight St. sometime around May 3, 2010, during the semi-anonymous artist’s visit to San Francisco, will be featured at the 836M gallery on Montgomery Street starting Jan. 21.

The painting will be placed in the gallery’s window display since organizers feel visibility from the street, rather than the gallery’s interior, is an important element of the piece. The piece will be at the gallery through July 11.

In a prepared statement, Brian Greif, an independent filmmaker and founder of the group “Save the Banksy,” called Banksy the Andy Warhol of our time.

Unlike Warhol, however, the illegal nature of Banksy’s works requires them to be preserved before they get painted over, Greif said.

Greif partnered with 836M to bring the piece back to the city. Since its removal by experts in the field of repairing and restoring historic buildings, the Haight Street Rat has only been available for public viewing on two occasions, in Miami and Los Angeles. It also spent two years in storage.

The Haight Street Rat features a beret-wearing rodent with a large marker pen drawing a red line, with the words “THIS IS WHERE I DRAW THE LINE,” appearing on an adjacent building.

The phrase is reported to be a reference to a nearby clothing store criticized for appropriating street art designs without crediting the artists or sharing the revenue generated by their work.

The establishment’s owners were reportedly planning to paint over it, in accordance with the city’s anti-graffiti laws, until Greif and his group stepped in.