Weekend Watch: Big Eyes, Into The Woods, Unbroken, The Gambler

Tim Burton tells the story behind those big eyed paintings that at one time were a thrift store and garage sale staple, but can now fetch a pretty penny. Once thought to be the work of artist Walter Keane, it was eventually revealed that his wife, Margaret, had been the artist all along. It’s a pretty weird story, so appropriate material for Burton. Also, much of it was shot in San Francisco, so be on the look out for locals in vintage wear, driving those background cars, and walking those beatnik streets. And afterwards, you can make a visit to the official Keane Eyes gallery, located right here in SF! 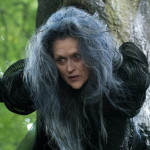 Into the Woods – Everywhere

An Into the Woods movie was inevitable, but methinks the success of Frozen, and TV’s “Once Upon a Time…”, and fairy tale revivals in general was what finally got the ball rolling on this big budget, star studded adaptation from Chicago director Rob Marshall. 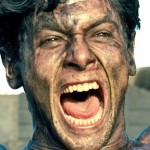 Angelina Jolie directed this true World War II story about war hero and Olympian Louis Zamperini, who survived a plane crash, spent over a month floating on a raft in the ocean, was then captured by Japanese soldiers and put in a POW camp. And all this was AFTER competing in the 1936 Berlin Olympics. Talk about overachievers! Speaking of overachievers, it was directed by Angelina “If Brad Can Make a WWII Movie, So Can I!” Jolie. 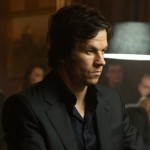 Mark “Sorry I Used To Be a Racist Dick, Can I Get a Pardon?” Wahlberg stars in this remake of the semi-autobiographical 1974 James Toback-written movie about an English professor with a gambling problem.