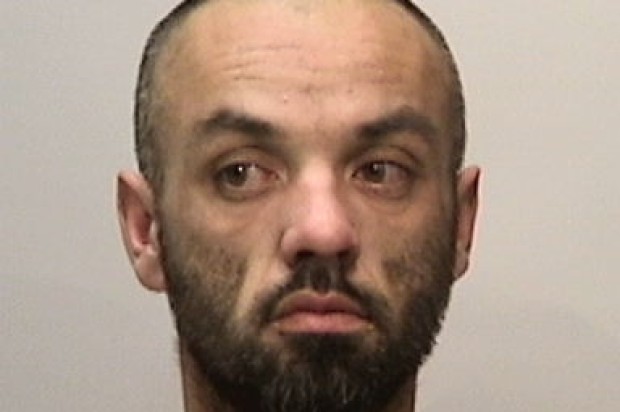 Two men who were arrested after allegedly stealing a newspaper delivery van in San Francisco’s Bayview District and leading law enforcement officials on a lengthy pursuit into the East Bay on Monday morning have been identified, police said today.

The pursuit began shortly before 8:30 a.m. Monday near Keith Street and Palou Avenue in San Francisco, where police attempted to pull over the vehicle, according to San Francisco police.

The vehicle was a San Francisco Chronicle delivery van that had been stolen, police said.

Shyy said Rojas, who was driving the delivery van, fled and San Francisco police officers pursued the van down the Peninsula.

The California Highway Patrol took over the pursuit as the van continued across the San Mateo-Hayward Bridge, police said.

Rojas, however, continued to flee and headed south on East 14th Street. Officers pursued Rojas through downtown San Leandro and onto Estudillo Avenue, then onto Lake Chabot Road, according to Tudor.

Tudor said that Rojas was seen swerving the van toward San Leandro police officers during the pursuit.

Rojas drove into a dead end at Chabot Terrace, where he exited the van and fled into nearby yards on foot.

Rojas was located and arrested shortly before 11 a.m. in a creek in Lake Chabot Regional Park, according to Tudor.

Shyy said Rojas was arrested on suspicion of vehicle theft, seven counts of assault with a deadly weapon against officers, felony evading and conspiracy.

Martinez was also arrested on suspicion of conspiracy and one count of assault with a deadly weapon against officers, as well as a probation violation, according to Shyy.

Both suspects were booked into San Francisco County Jail.