Here’s Your Weekend: Rockin’ Shows to See Friday Through Sunday

In lieu of artist interviews, (at least for now) I’m starting a weekly column for show recommendations that should get you through your weekend and keep you pleased as pie. There’s enough in the Bay Area to keep you out and about every night of the week, but my focus is on the weekend warriors who go big or go home as soon as it hits Friday. For y’all, here’s your weekend:

photo via Wayne Jessup
Friday: Stevie Wonder at the Oracle Arena
I know it’s across the bay but you really should go to Oakland. Stevie Wonder is worth it no matter what but in this particular instance, you’d be nuts not to attend a special performance of Wonder’s magnum opus, Songs in the Key of Life. All tracks from the double album plus EP get touched upon and are taken to whole new heights with the help of a full backing band that includes songstress India.Arie as well as a full strings section and horns section. Even if you caught the “Sir Duke” conjurer at 2012’s Outside Lands, you haven’t truly heard the master until you’ve heard the sweeping strings of “Village Ghetto Land” and the tender vocals of “Summer Soft” with every component imaginable at Wonder’s disposal. The performance is simply breathtaking, as I saw when I caught his Las Vegas performance on this short twelve show run.
What: Stevie Wonder plays Songs in the Key of Life
When: Friday, December 5th; doors: 8pm, show: 9pm
Where: Oracle Arena: 7000 Coliseum Way, Oakland
Cost: $150+; purchase tickets here 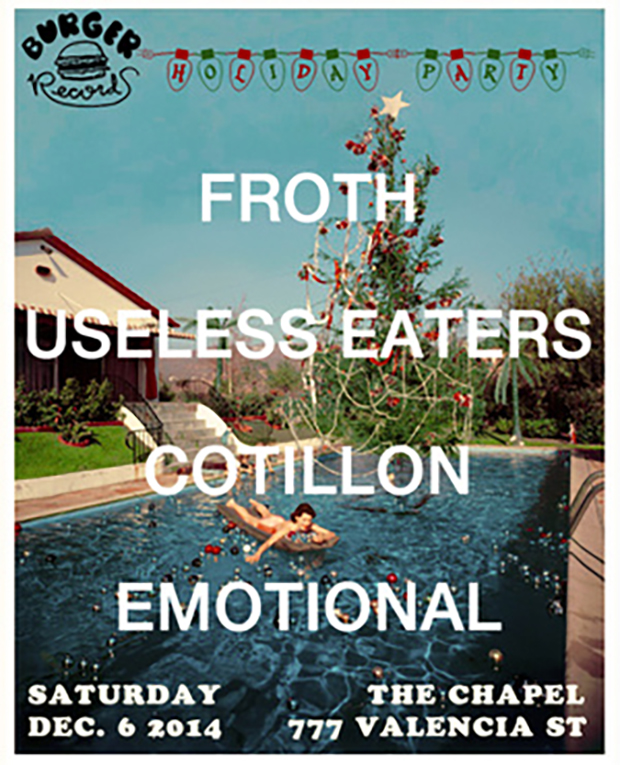 Saturday: The Chapel’s Burger Records Holiday Bash
Want a way to ring in the winter holiday’s that’s far less basic than complaining about the rain (finally it’s here but fuck off already) or getting caught in the KOIT Christmas music wormhole? Burger Records is here to help you stay sane while enjoying sweet tunes. Their even mix of LA acts (Froth and Cotillon) along with hometown heroes (Emotional and my personal favorite, Useless Eaters) is sure to please the discerning indie fan. Cotillon is definitely one to watch, Jordan Corso, the man being the moniker, having enlisted the help of former GIRLS (RIP!) members as well as King Tuff percussionist Garrett Goddard.
What: The Chapel’s Burger Records Holiday Bash
When: Saturday, December 6th; doors: 8pm, show: 9pm
Where: the Chapel: 777 Valencia St
Cost: $10 in advance, $12 at the door; purchase tickets here 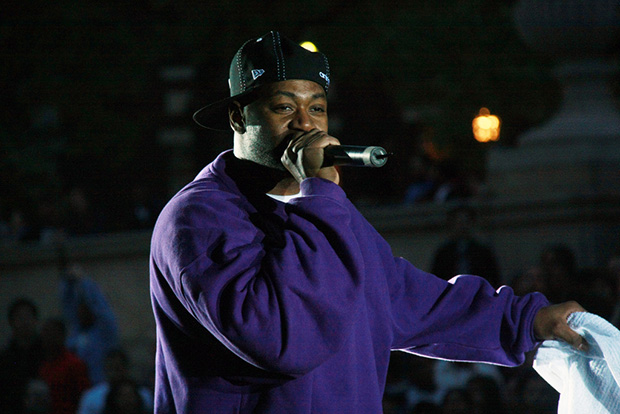 Sunday: Ghostface Killah at the Independent
Given the state of the country — nay, the world — it may be a good idea to take out some aggression. Pivotal Wu-Tang member Ghostface Killah is here to help you work through those difficult feels with his biting wit and razor sharp flow, not to mention a crazy new album, “36 Seasons”. NPR, of all publications, decided to give Ghostface the honor of a First Listen sneak peek into the soulful album, which reasserts the legendary MC as a master storyteller and commentator. Hear “36 Seasons” before its December 9th release date along with classics like “Run” and “Daytona 500”.
What: Ghostface Killah at the Independent
When: Sunday, December 7th; doors: 8:30pm, show: 9pm
Where: the Independent: 628 Divisadero St
Cost: $30; purchase tickets here