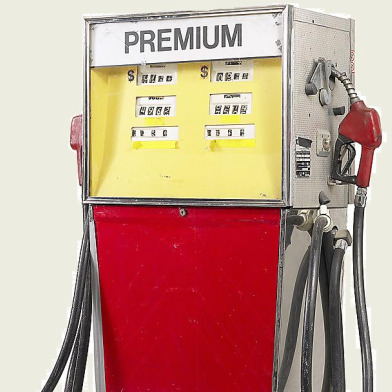 Average gas prices fell 24 cents in California last month and further in the Bay Area, continuing a downward trend seen across the country, according to the American Automobile Association’s Northern California chapter.

The average gas price per gallon fell 26 cents to $2.99 in the Bay Area in this month’s survey, and to $2.94 in Northern California as a whole.

Gas prices typically decline in the winter due to factors including decreased demand. In addition, oil prices have been kept low by a Organization of Petroleum Exporting Countries’ decision to sustain production levels and Saudi Arabian moves to cut per barrel prices.

“As crude oil costs continue to slide, gas prices are poised to drop even further,” AAA spokeswoman Cynthia Harris said in a statement. “Consumers can expect to see the price at the pump tick even lower as we approach the New Year.”

The highest recorded price ever recorded in California was $4.67 a gallon, reported in October 2012.

The lowest gas prices AAA reported in the Bay Area this month were in Pleasanton, where gas averaged $2.39 a gallon. The highest was in San Francisco, where prices averaged $3.12 a gallon.