Appealing TV: Shows Going Away For The Winter, Marco Polo, and Interesting People 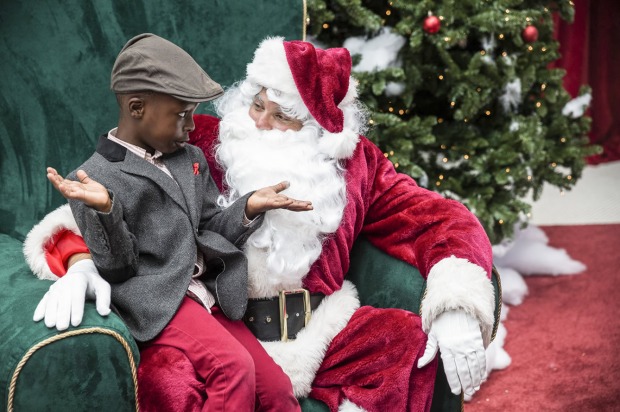 Mike & Molly (8:30pm, CBS, season premiere)
The sitcom with Melissa McCarthy and some other guy about the fat people who fall in love is back. It’s like the Big Bang Theory, but instead of co-opting nerd culture, it just co-opts body acceptance and fat shaming?

Tuesday, December 9
The Flash (8pm, CW, fall season finale)
I’ve written about how The Flash’s sincerity is its best asset, and the Arrow-Flash crossover last week only serves to strengthen that argument.

Marvel’s Agents of SHIELD (9pm, ABC, fall season finale)
A stronger showing in its first batch of episodes start to cash in on the promise of a weekly television show that ties into the Marvel Cinematic Universe.

New Girl (9pm, FOX, fall season finale)
New Girl has successfully learned from the mistakes of last season, and has rebooted itself into a hangout show about a bunch of idiots. And it works so well! While the old opening credit sequence doesn’t reflect the new (or refocused direction) of the show, he new opening stinger needs to go, though.

Supernatural (9pm, CW, fall season finale)
Shit kicking horror-comedy at least looks like it is having fun out there.

The Mindy Project (9:30pm, FOX, fall season finale)
By having Mindy Kaling and Chris Messina become a couple, the show has finally got rid of the rom-com, will they or won’t they tension, and has gotten great as a result.

Sons of Anarchy (10pm, FX, series finale)
After a show that peaked in season two, and whose sell-by date was years ago, we were left a maddening final season of extended episodes, musical montages, ass cheeks, as we find ourselves trying to remember details from Hamlet. You have to hand it to Kurt Sutter though, he certainly knows how to burn bridges and salt the Earth in order for a show to never come back (except by way of prequel). Be on the lookout for Sutter’s new show, The Bastard Executioner, in the future.

Wednesday, December 10
Arrow (8pm, CW, fall season finale)
Arrow is moody, puts arrows in people, and glowers. The Flash gives silly code names to villains and uses his powers to help people paint a wall. And that’s why The Arrow and The Flash work so well together.

The Middle (8pm, ABC, fall season finale)
The Middle is a sitcom whose title explains what it is perfectly. But does it well.

The Goldbergs (8pm, ABC, fall season finale)
Despite getting the chronology of its 80’s references all off (which the show may or may not openly acknowledge), The Goldbergs is a solid family comedy.

Black-ish (9:30pm, ABC, fall season finale)
Black-ish, aside from being the best new freshman show of this television season, is the Happy Endings of Modern Family sitcoms. And finding out that Jonathan Groff (former co-showrunner of Happy Endings) is taking over showrunning duties from Larry Wilmore (who goes on to succeed Stephen Colbert with The Nightly Show with Larry Wilmore next year) explains EVERYTHING.

Nashville (10pm, ABC, fall season finale)
If it wasn’t for her highness Connie Britton anchoring the show it would just be soapy, melodramatic people acting like dum-dums with country music playing in the background. I mean it still is, but Tami Taylor forever.

The Vampire Diaries (8pm, CW, fall season finale)
I guess being an immortal means that you are slow to adapt new technologies and that’s why it’s not called The Vampire Blogspot.

Gracepoint (9pm, FOX, series finale)
The American adaption of the British sadness parade Broadchurch came and went like tears in the shower.

Reign (9pm, CW, fall season finale)
One’s enjoyment of the sexy adventures of the young Queen of Scots is directly inverse to how much one pays attention to how accurate its historical portrayal is.

Friday, December 12
Marco Polo (12:01am, Netflix, series premiere)
By dropping ninety-million dollars on this show, Netflix is hoping to have its own Game of Thrones, but what it looks like we’re getting is Fucking Orientalism: The TV Show starring Young Marco Polo adventures.

Cristela (8:30pm, ABC, fall season finale)
Just because it is a multi-cam sitcom with canned laughter and it’s on Friday doesn’t mean Cristela is bad.

Saturday, December 13
UFC on FOX 13 (8pm, FOX)
After last Saturday’s PPV event, the punch face competition returns for its last card on FOX for the year with former Heavyweight Champion Junior Dos Santos fighting contender Stpie Micocic in the main event. Along with Stockon’s on Nate Diaz returning from a self-imposed hiatus, questing against that “funny money” to take on contender Rafael dos Anjos.

The Santa Con (8pm, Lifetime)
The Lifetime Saturday night movie streak continues on Appealing TV. After the unfortunate, written-by-an-AI-programmed-by-Buzzfeed Grumpy Cat movie, The Santa Con comes with more traditional Christmas tidings. You know, con man learning what Christmas is all about by being a mall Santa. Also not to be confused with Santa Con, the yearly event in which assholes don Santa garb and ho ho ho in the streets. Starring Barry Watson, Melissa Joan Hart, Jaleel White, John Ratzenberger, Wendy Williams, and Alimi Ballard.

Sunday, December 14
Once Upon A Time (8pm, ABC, fall season finale)
Once Upon a Time is the Super Smash Brothers of TV. Because it thinks it can throw People from Frozen, The Wizard of Oz, and next year, Cruella de Vil and Ursula into a TV show and make it work. That’s audacity (and Disney synergy).

Undercover Boss (8pm, CBS, season premiere)
I thought Undercover Boss was supposed to be like Trading Places the TV show, have they always been positioning themselves as feel-good, inspirational TV?

Brooklyn Nine-Nine (8:30pm, FOX, fall season finale)
A great second season for the cop sitcom, with a dynamite ensemble cast. Although I do wish the show would go back to Tuesdays with New Girl and The Mindy Project.

Barbara Walters Presents: The 10 Most Fascinating People of 2014 (9pm, ABC)
I honestly thought Barbara Walters was going to stop doing these specials? Regardless, what is the over-under on Barbara Walters talking about ‘breaking the internet’? Oprah Winfrey, Neil Patrick Harris, Chelsea Handler, One Direction, and Scarlett Johansson are among those deemed interesting this year.

The Newsroom (9pm, HBO, series finale)
Along with the end of mansplaining, monologues, and the death kneels of journalism, the end of The Newsroom also means, I hope, that Aaron Sorkin will never write for TV again.