A Christmas Story ABC Special: The Year 2014 Anger Management Black Mirror: White Christmas Doctor Who Christmas Special It's a Wonderful Life Mozart in the Jungle My Cat From Hell: Hell-iday Special Now That's Funny! On Set with TV's Hottest Comedies: A Paley Center for Media Special The Great British Baking Show The Line by Paolo Sambrano | December 22, 2014 9:12 am | in Culture | 0 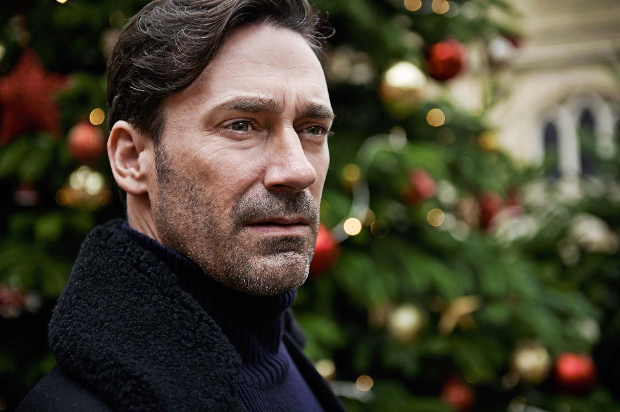 War on Christmas is over (if you* want it)

Bill O’Reilly declared The War on Christmas is over! And Christmas (a FOX subsidiary) won! Because there’s never enough and whatever you need to do you need to win, because all life is is a goddamn wrestling meet coached by some asshole in a suit whose biggest fear if that despite everything they know deep down that none of this matters because in the end we all atomize (but can’t bear to reconcile/accept that).

Monday, December 22
Anger Management (10:30pm, FX, series finale)
Anger Management is purely a cash making enterprise for FX. By making 100 episodes of this low-cost slopfest starring Charlie Sheen and selling it off to regional markets, FX is making that syndication money, which goes into wonderful things at FX like The Americans. Now that Anger Management has served its purpose, it can go back to its home planet (fingers crossed that it will die on the way home).

Tuesday, December 23
Mozart in the Jungle (midnight, Amazon, series premiere)
The pilot to Mozart in the Jungle has floated around on Amazon for a while now, but the rest of its freshman season premieres on Amazon this week. Staring Gael Garcia Bernal as one of those enfants terrible conductors in the New York orchestra scene, there will be sex! Drugs! Classical music! Magical realism! Malcolm McDowell! And also a young oboist played by Lora Kirke hoping to make a name for herself. This is based on the memoir of the same name by Blair Tindall. Created by Paul Weitz (About a Boy), Roman Coppola (The Darjeeling Limited), and Jason Schwartzman (Rushmore).

The Line (9pm, Game Show Network)
Reading the press release to The Line kind of depressed me. Game Show Network calling itself a leader in competitive entertainment just sounds like dystopian, Running Man-esqe double speak. And the premise of The Line (it is exactly what it sounds like, people waiting in line in order to answer trivia at the front of said line) doesn’t make a case otherwise. To be fair, I do like hosts Jeff Davis (who among guest star stints on things like Whose Line Is It Anyway is the comptroller on the Harmontown podcast) and Candice Bailey, who was on CBS’s Jericho.

ABC Special: The Year 2014 (9pm, ABC)
Why the fuck would anyone want to remember this year though, seriously.

Sidebar: suicides don’t increase during the holidays, don’t believe the hype. It was probably started by condescending assholes who came from normal, nuclear families and can’t bear to fathom that other people have different lives than theirs. Which is privilege and horseshit and not contributing at all to discussions about mental health awareness and suicide prevention.

A Christmas Story (8pm, TBS)
This year marks the 15th anniversary since TBS started showing 24 hours of A Christmas Story, the story of a young white boy defending his 2nd Amendment rights in the face of a nanny state. It’s not quite an entire weekend of Nelly’s ‘Hot in Herre’ on repeat, but it will do in a pinch.

Black Mirror: White Christmas (9:30pm, DirecTV)
Hey nerds, if you haven’t already torrented the Black Mirror Christmas Special, you can watch it on DirecTV’s Audience Network legally. Charlie Brooker’s pitch-black, Twilight Zone-esqe bleakness meditations on how technology is imprisoning us features Mad Man’s Jon Hamm in a feature length Black Mirror Christmas special. Also this is your reminder that series one and two of Black Mirror is on Netflix now, so you can get depressed and terrified at your smart phone usage.

Friday, December 26
Now That’s Funny! On Set with TV’s Hottest Comedies: A Paley Center for Media Special
Hosted by Aisha Tyler, The Paley Center features the casts and crews from The Big Bang Theory, Mom, Modern Family, Parks and Recreation, The Mindy Project, Episodes, Key and Peele, and New Girl to discuss the making of a successful sitcom in this day and age. The Paley Center series is like TED Talks for TV nerds.

Saturday, December 27
My Cat From Hell: Hell-iday Special (9pm, Animal Planet)
I’m no big city copywriter but having hell show up consecutively (even in service of a portmanteau) seems sloppy, and that someone was too in love with the pun that ‘hell’ can also mean hell-iday because get it the holidays can be hell.