A LOT of nerds love Christopher Nolan, but I’ve never been as impressed by his movies as most of my fellow nerds seem to be. Yes, his movies are breathtaking spectacles. But too often they’re hollow spectacles, (filled with mush mouths). This time around Nolan tackles a dying earth, and the search for a new home in space, and he takes almost three hours to do it. The cast includes Jessica Chastain, (because she has to be in every movie), Ann Hathaway, and Matthew McConaughey. It’s probably already broken box office records, but something tells me this may be the Nolan movie to prove he’s not critic-proof.

Disney’s latest, about an inflatable robot who befriends a boy and teams up with him and his friends to save the world from a super villain. It’s also set in a future version of a city that looks a lot like San Francisco. Nolan may have the cache, but I can guarantee this sci-fi tale is much more fun, because come on! Puffy robot!! 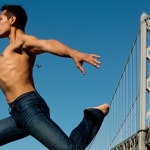 Running–or should I say, dancing–through November 9th, this festival features shorts, documentaries, and independent features, all focused on the topic of dance. 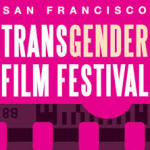 Weekend-long fest includes shorts and films both local and international, all by transgender or gender variant filmmakers and artists from around the world. 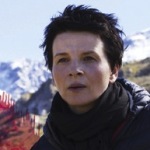