Weekend Watch: Dumb And Dumber To, Rosewater, French Film Noir, The Theory Of Everything

Dumb and Dumber To – Everywhere

Gotta admit, that’s a brilliant title…and the brilliance may just stop right there. 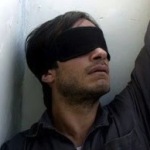 I’m reading the book this was based on right now, so no spoilers!

Just kidding. The book’s very existence is one huge spoiler; he doesn’t die in prison! But I’m definitely interested to see how Jon Stewart, in his directorial debut, is able to handle some material that, while often absurdly funny, is, for the most part, really fucking depressing. 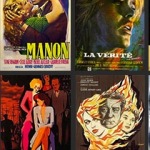 The French Had a Name For It – Roxie

I’d maintain that, despite having a French name for it, film noir is a purely American film genre. So much of it is tied into post-war America, the angst of returning GIs, and, yes, the visual influence of European film. But this mini-festival could change my mind, with 12 french films, dating from the 1940’s through the 1960’s, filled with noirish looks and themes.

The Theory of Everything – Embarcadero

If there was ever a role that Eddie Redmayne was born to play, it’s Stephen Hawking. I mean, look at them! It’s a little uncanny. The biopic centers on Hawking as a student at Cambridge in the 1960’s and his romance with future wife Jane Wilde (Felicity Jones). Being that it was based on a book Wilde wrote, and both of them are still alive, well, don’t expect anything too scandalous. Because we all know the world of astrophysics is nothing if not filled with scandal!